What Green Day’s ‘Bang Bang’ is All About 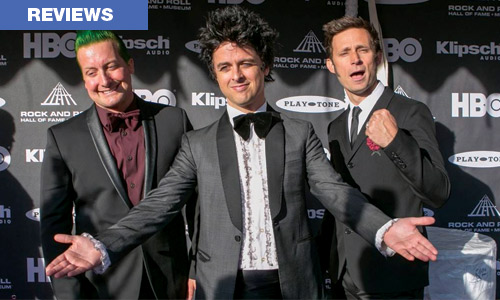 Rancid’s Tim Armstrong directed the music video to the song that is found on the album Revolutionary Radio.

Green Day have debuted the raucous, action-packed video for single Bang Bang on the band's official Facebook page. The track is the first single off the band's upcoming album Revolution Radio, due out on October 7.

In the music video, directed by Rancid's Tim Armstrong, a trio of masked robbers infiltrate a bank. The robbers sport rubber masks that make them look like exaggerated versions of Green Day. Meanwhile, the actual band is raging on at a house party, performing their new song as news stations report that the band has robbed a bank. The masked criminals make a speedy getaway and take off their masks to reveal they're three much younger kids and not the band.

Billie Joe Armstrong revealed to Rolling Stone that the song was written from the perspective of a mass shooter. "There's this sort of rage happening, but it's also now being filmed and we all have ourselves under surveillance," he said of the song's inspiration. "To me, that is so twisted."

READ: Wake Me Up When September Ends – Song Meaning