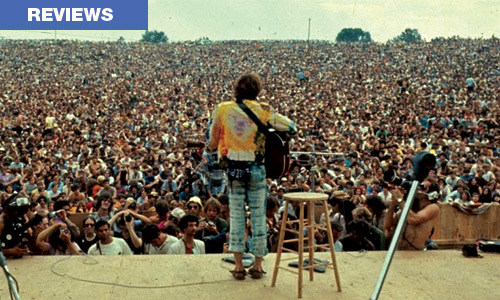 One of the most pivotal moments in musical history can be traced to one historic event celebrated up to this day.

We're all about music here at Y101 and today I'd like to talk to you about what I love about the 60's. Obviously, I haven't lived to have seen it all but it's definitely a time when music, fashion and art have influenced the artists of the later part of the last century. The best music of the 60s can be summed into the Woodstock Music and Art Fair which ran for four days during August of 1969.

Why should you take time to reminisce this time of music? Well, this was a time of peace and music. Surely, today's sex and money-crazed music will be snubbed by music lovers back in the day. If you're into exploring music from the 60s expect Woodstock performances popping up. And of course, I'm here to help you with that. Here are some performances you should check out:

The Who's My Generation

The Who is one of the most influential rock bands. At the time they were touring Tommy and this 7-minute performance of My Generation was the icing to that cake. If you're into classic rock, you'll love how the fast-paced melody transitions into a heartfelt ballad.

Santana was relatively unknown prior to playing for Woodstock. It's safe to say that Santana was on everyone's radar after their 45-minute set. This one's a mix of tribal beats and daring guitar riffs.

Crosby, Stills and Nash was joined by Neil Young in this lethargic melody that perfectly suited the time it was played, at 3am.

Like Santana, Haven was recognized only after his performance at the festival. Freedom is a touching piece that's still relevant today. After rocking out his acoustic guitar, every hippie was at their feet singing praises.

You know that feeling when recorded tracks don't justify an artist or band's skillset? Well, Jefferson Airplane is one of those bands. Volunteers has been one of the band's unforgettable live sets. And who could forget Grace Slick's white fringe number? Today's hipster, Coachella and Top Shop clothing trends can be traced back to this woman.

Joe Cocker's With A Little Help From My Friends


Cocker and the Grease Band were already covering Bob Dylan and Traffic and Cocker had made waves with his debut album four months prior to coming up on stage. After his performance, Joe Cocker had become a favorite performer of his generation.

If you're looking into exploring the late great Jimi Hendrix, expect multiple footage of his set at Woodstock. After a two-hour performance, this final performance defines the music of this time which is pretty much celebrated almost 50 years later. No one burns the guitar like he does.