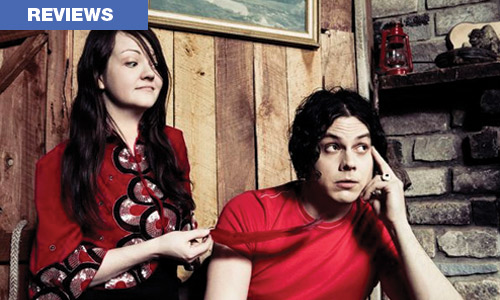 And nope, the band's not making a comeback anytime soon. Remember that Lego-crazy visualization for The White Stripes' Fell in Love With A Girl? It was directed by French film director Michel Gondry and he turns out to be very good friends with the ex-duo. Perhaps Gondry got a feeling of nostalgia one day and made a whimsical music video of City Lights in his shower.

City Lights was supposed to be released in the band's 2005 album, Get Behind Me Satan but was shelved for reasons only known to the band. The White Stripes broke up back in 2011 but closer is their first single since 2008. According to a press release from White Stripes frontman Jack White, the video was made completely independently by Gondry without asking permission from the band first. White didn't seem mad though. He rediscovered it while remastering the album for Record Store Day last year, and ultimately finished the recording this year. White today can be seen touring and promoting his solo album called the Jack White Acoustic Recordings 1998-2016 and turns out that City Lights is part of the track list.

I am a Stripes fan and listening to the song as the music video is playing brings me back to my playlist from almost 10 years ago. Personally, it sounds stuck in its time but in a good way- its that feeling of doing nothing, kicking into your sheets and fading into the day. Whether this was deliberate or not, I could say that lots of fans at this point would love to hear more from the band again. Jack White has been some of my favorite figures on stage so try to look him up during his live shows playing for The White Stripes, The Raconteurs or The Dead Weather.

I'm not the right music buff to tell you which bands you should worship or learn by heart but start digging into a year before, five years, a decade or over 50 years before because they just don't compare to the music released today.