Most Controversial Music Videos Ever Made 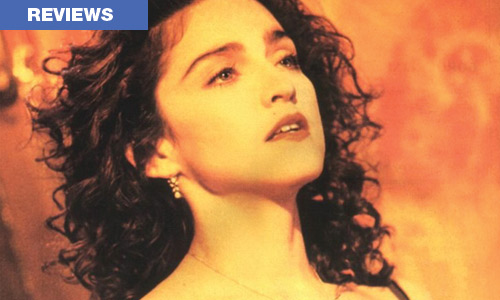 Violence, religion and sex- sometimes the music industry can stir up some controversy!

What comes to mind right now is Kanye's Famous video. I only watched it just recently since it was only available at streaming sites exclusive to other countries in the first few weeks upon its release. His VEVO account on YouTube finally uploaded it and honestly it was hard to watch. But enough of that- let's jump right into some music videos that got our tongues wagging at some point:

The music video for Jeremy was the reason why Pearl Jam refused to produce music videos for their songs released after the hit. The music video directed by Mark Pellington and depicted classroom violence and retaliation- an issue which was constantly on the news back in the decade. Another version of the music video was released since MTV rejected airing the original copy.

This track was Nikki Minaj's reference for her hit Anaconda but the music video by Sir Mix-A-Lot scored a spot in MTV's Censored Clips list. The song was suggestive and infectious but when the video got released, the women twerking and the rapper striding on top of a huge butt were enough to make feminists go on a rampage.

You have to admit, Trent Reznor is full of carefully crafted metaphors. Closer has been Nine Inch Nail's most notable hit. The lyrics are not difficult to understand as being dark but with the official video featuring references of abuse, torture and occult practices, you'll understand why the song and music video tied together disturbed everyone.

Despite bagging several awards, Nirvana's notable hit was not successful for being a masterpiece but for it's questionable elements inside the music video.The old man on the cross, the fat woman in the anatomical bodysuit, the young Ku Klux Klan girl, the field of poppies, the mechanical birds and butterflies all shot in vivid hyper color will remain engraved in the fan's minds forever. Here's a fun fact: someone almost died on set.

Classic, classic, classic Madge. Provocative dance steps, openly disagreeing with the US government during its war against terrorism, and glorifying teenage premarital sex...these aren't the only reasons why Madonna is voluntarily the Queen of Controversy. Her music video for Like A Prayer among other questionable music videos was considered by several sources as the most controversial due to the fact that the video tied religion and sexuality together. Now that's enough to cause a wildfire.