The Benefits of E-Cigs: ‘What is Vaping?’ as Explained by The Vape Room Cebu 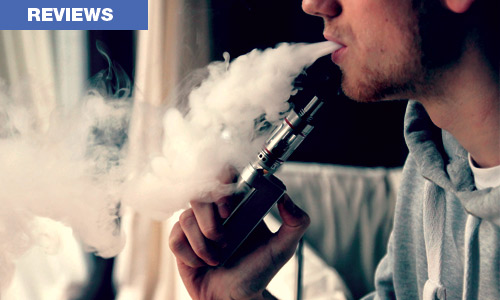 Vaping can be defined as the act of inhaling vapor from e-liquid (juices) through a personal vaporizer which you can buy conveniently in The Vape Room Cebu.

According to Mitch Sy, owner of The Vape Room Cebu, vaping in the Philippines started out with the primitive pen pipes around 2009 -2010 in Manila. The pen pipes were an alternative to rolled cigarettes as it is meant to be a safer option to practice the recreational activity of inhaling substance inside the lungs and exhaling them out. For hundreds of years, the most popular way to that practice is to smoke a cigarette, a rolled paper in cylindrical form. The cigarette contains dried up leaves of tobacco, in which you burn and inhale the smoke of.

Research shows that countless people have died from smoking cigarettes, the most common cause of lung cancer. Because of that threat of health deterioration, Mr. Sy decided to quit smoking. He went the alternative route which is vaping; the practice of inhaling vaporized liquids from electronic cigarettes. Mr. Sy moved to Cebu in late 2009 and he brought with him his personal e-cig, a more advanced version of the pen pipe.

Mr. Sy hadn’t held a traditional cigarette since. He would vape day in and day out without any risk to his lungs and health in general. But in order to vape, you need to have juices to vaporize. Mr. Sy was running out of juices, which by the way are available in countless flavors, so he had to buy more. He noticed there wasn’t any vape shop in Cebu City, so he needed to ship some juices in bulk from Manila. When his friends in Cebu found out he was storing a bulk of e-cig juices at home, they bought some off him. Mr. Sy then decided that it was a good business opportunity so he opened up The Vape Room, the first vape shop in Cebu City.

Unlike traditional cigs where you burn leaves and smoke them out, an electric cigarette is safer because you only inhale water vapors. The water vapors come from the juices that you buy separately. Mr. Sy admits that the juices are the most fun part about vaping for him. He claims that there are tens and thousands of flavors worldwide. There are e-cig juices in fruit flavor, desserts, or even coffee. So every time you vape, you can taste chocolate running through your lungs!

Juices, electronic cigarettes, and e-cig repairs are available at The Vape Room at an affordable price. You can even start with the starters kit (Php 3,500) if you’re looking to be a beginner vaper.

So try it out and blow some O’s! Do some crazy vape tricks or just simply chill and look cool Vaping is just like smoking but minus several of the adverse effects of the latter: no bad smell and bad breath, no cigarette burns, no more dirty ashtrays, less likelihood of getting cancer and other smoking-affiliated illnesses – you get the drift. 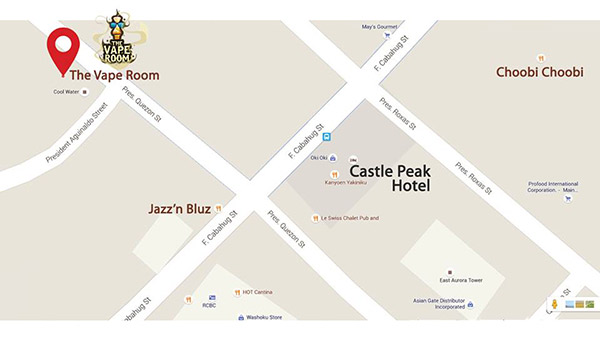