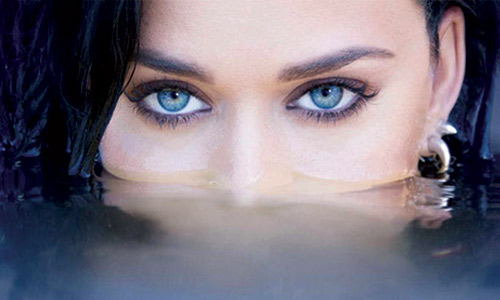 Enough about celebrity drama- here's a Roar of victory for the upcoming 2016 Summer Olympics in Rio.

By now you've heard the news- this coming August 5th marks the most-awaited event for thousands of athletes around the world and Katy Perry has made an inspiring piece that will make you feel goosebumps all over. Rise is the singer's single after Prism, her smash LP from three years ago and this is the theme for NBC's broadcast of the upcoming Summer Olympics.The music video is a montage of different athletes depicting moments of motivation, struggle, victory and defeat. Perry shares in an official statement, "This is a song that’s been brewing inside me for years, that has finally come to the surface," and "I was inspired to finish it now, rather than save it for my next album, because now more than ever, there is a need for our world to unite,”

According to Rollingstone Magazine, the single was produced by pop extraordinaire Max Martin and Rise is a sequel to her 2013 smash hit Roar. Perry sings: "When the fire's at my feet again/ And the vultures all start circling/ They're whispering, 'You're out of time'/ But still I rise." True enough, the footage of real people who aspire greatness together with powerful lyrics make this single more than just a theme song but a call for empowerment- something that should be released by the influential stars of today. The video already speaks for itself and might I say- it was carefully edited to suit the mood and message of the single.

Some might say that the single aimed for drama or something more (annoyingly) Sia-esque but the song suits the occasion. “I know that together we can rise above the fear – in our country, and around the world. I can’t think of a better example than the Olympic athletes, as they gather in Rio with their strength and fearlessness, to remind us how we ALL can come together, with the resolve to be the best we can be. I hope this song can inspire us to heal, unite, and rise together. I am honored that NBC Olympics has chosen to use it as an anthem before and during the Rio Games."

So what are your thought's for Perry's latest release? A yay or nay?