How does the Sinulog Fluvial Parade go this year? 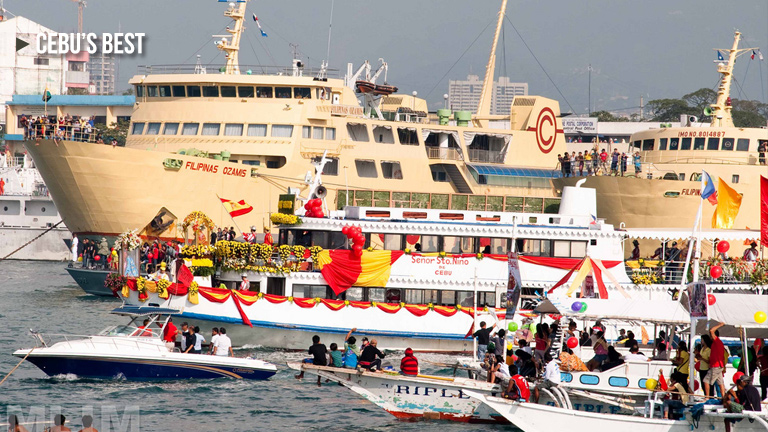 The Sinulog Fluvial Parade is one of the highlights during the annual Sinulog Festival. Started in the early 80’s, the fluvial event is essentially a re-enactment of the arrival of Ferdinand Magellan’s ships during the 16th century as they bring the image of the Santo Niño to the island of Cebu.

On Friday (7:00 AM) the replica of the image of the Santo Niño (and Our Lady of Guadalupe) are brought by motorcade to Saint Joseph’s Parish in Mandaue City in what is known as the annual traslacion – or transfer of Holy images from one Church to another.

It has always been a tradition to transfer the Image of the Child Jesus from the Basilica Minore de Sto. Niño to Mandaue City to make him visit his foster father, St. Joseph at the St. Joseph Parish. While there, the image of the Santo Niño will stay overnight at St. Joseph’s and a Misa de Traslacion (or Mass honoring the transfer) will then be held at early in the morning. After that, another traslacion will commence where the image of the Sto Niño will be transferred from Mandaue City to Lapu-Lapu City.

This year, the Santo Niño will be taken to Naval Forces Central in Lapu-Lapu City where it will ride a boat for the fluvial parade en route to Pier 1, Cebu City. 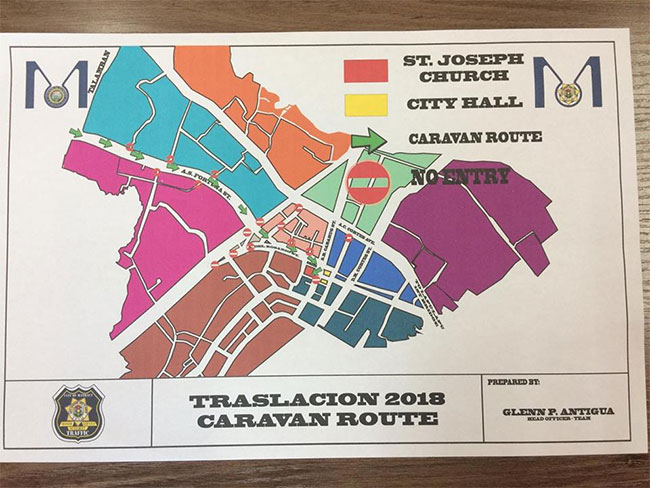 The Cebu coast guard will be closing the Mactan channel to public sea crafts for at least four hours to give way to the fluvial parade.

A flotilla of more than a hundred boats usually join the parade. Performers portraying Queen Juana and King Humabon and the Spanish settlers take the image of the Sto. Niño through the Mactan Channel.  When spectators onshore see the boat carrying the Sto. Niño pass by, they would cheer, light firecrackers and release balloons. Helicopters would also fly by and shower confetti. When the Stio Niño arrives at the Cebu port, performers authorized by the Basilica would welcome the image by dancing the Sinulog dance. Another procession would take place wherein the Sto. Niño is taken back home to the Basilica Minore de Sto. Niño.

Mandani Bay is opening its waterfront grounds to the public this Saturday at 4:30am so that people could get an up-close viewing of this year’s Sinulog Fluvial Parade.