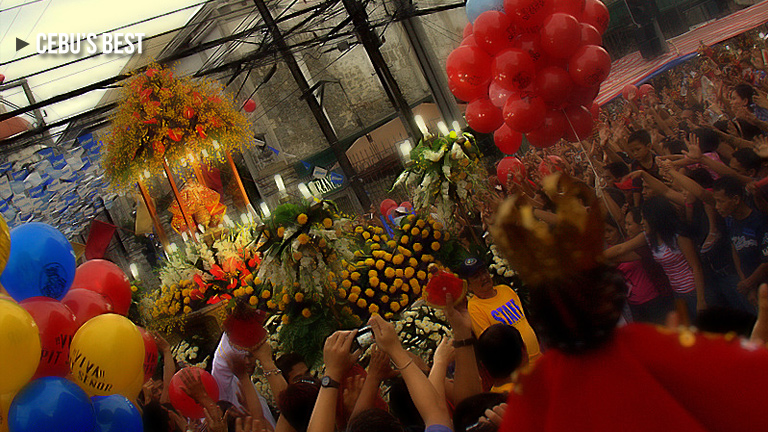 Sinulog was awesome and many people still could not get over it! It was really a fun moment. If you have experienced the streets during the festival, you cannot avoid but witness a mess in some parts. Sure, everyone wants to celebrate right? However, we are not the only ones celebrating and we might disturb others in the process so here are some tips we made to help everyone have a better celebration (without the mess and bad vibes) next time.

1. Do Not Drink Too Much On The Streets- We are not saying you cannot drink. But if you are on the streets, you better skip the alcohol binge because it isn’t pretty to look at and experience. We saw kids passing out in public areas. There are even a lot of “The Morning After Sinulog” pictures showing people sleeping on the streets because they were too drunk to go home. If you plan to drink and go wild, you better do it in a friend’s house or somewhere safe.

2. Do Not Grab A Stranger’s Face To Smear Paint On It- It may seem like a cool and fun thing to do but hey, you will never know who you are grabbing-you might be asking for trouble. Not everyone wants dirt on their faces and not everyone wants to be punched because of the act. Learn to read faces and emotions before doing something silly.

3. Keep Your Hands Off People- Whether you plan on touching just for fun, again, you will never know who you’re touching. You might just as well receive the super punch-in-the-face of your life. Keep your hands where it’s supposed to be.

4. Buy Event Tickets AHEAD OF TIME- What’s worse than walking for hours, being pushed by the crowd, and hurting everywhere just to get to the hottest party? being denied an entry because the tickets are sold out. This is a painful situation but you cannot do anything about it. So instead of acting like a kid and screaming at the organizers, pleading for an entry, buy your tickets earlier (note: The earlier, the cheaper).

5. Do Not Throw Random Things- The worst we have encountered was that kids were throwing ice cubes in the air. Ice cubes can hurt people and damage cars! So next time, please be considerate. Do not throw anything. If you do, you are going to hit someone and that someone might give you the time of your life (in a very bad way).

6. As Much As Possible, Do Not Bring A Car- A lot of cars had been vandalized and damaged because kids are acting crazy on the streets. If you want to save your car, better not bring one. Sinulog means heavy traffic; for sure you can get home earlier by walking rather than driving.

Sinulog means fun and celebration - not an excuse to act uncivilized. Be considerate and save yourself from shame and trouble. Even if you are a good person when it comes to these, you will always encounter the “hard core party people”… If you want to avoid them, better stay at home or stay away from the streets.