Where is the original Statue of Santo Niño actually kept? 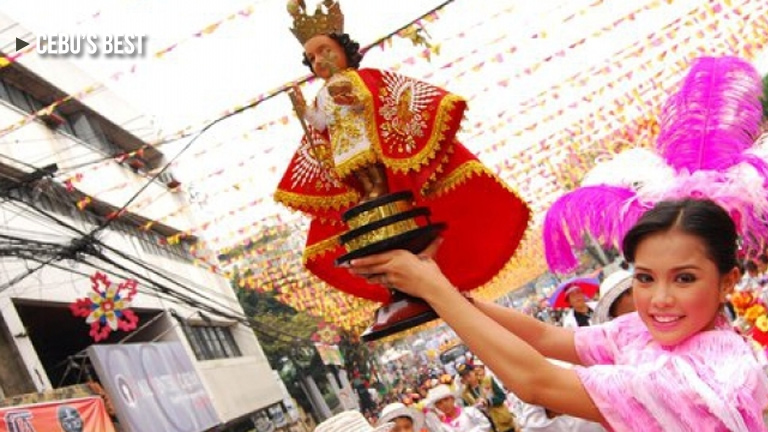 The statue of the Child Jesus (or the Santo Niño de Cebu) is one of the oldest Christian relics in the Philippines. It was brought by Portuguese explorer Ferdinand Magellan in 1521 who gave it as a gift to Cebu Island’s Rajah Humabon and his wife.

The 12-inch tall statue is made of dark wood and depicts the Child Jesus as a king dressed like Spanish royalty. It is clothed in rich fabrics, adorned with jewelry such as a gilded neck chain and other imperial regalia such as a golden crown, a cross-bearing orb, and various sceptres mostly donated by devotees. 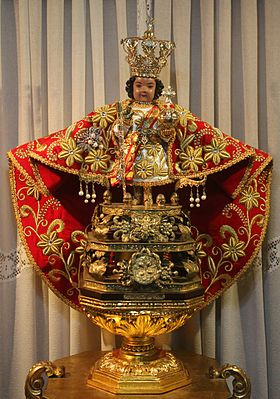 The statue of the Santo Niño de Cebu is one of the most beloved and recognizable cultural icons in the Philippines. It has been common knowledge that the original statue is encased inside a bulletproof glass in a chapel at the Basílica del Santo Niño. However, a few believe that the one displayed there isn’t authentic.

The Basilica uses replicas of the statue when they need to display it to the public especially during parades in the Sinulog Festival. They say the Basilica does this so not to risk any damage to the almost-500 year old relic. Some people believe the original statue is actually hidden inside a private room in the Basilica where only a fortunate few can see it.

However, according to a research by Ben Chua, a researcher on the heritage of Cebu, the Augustinian fathers who run the Basilica del Santo Niño are required to display the original image of the Sto. Niño for public veneration. So if that’s the case, then Magellan’s almost 500-years old statue is really there inside a bulletproof glass box waiting for you to look at it.

Here are the answers from our followers. 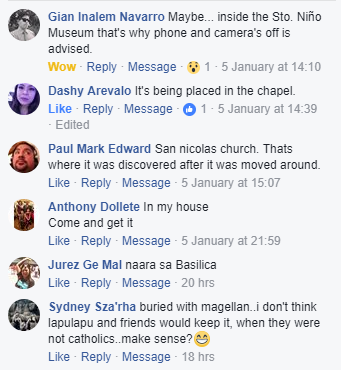