What to expect at a Bootleg Beatles concert 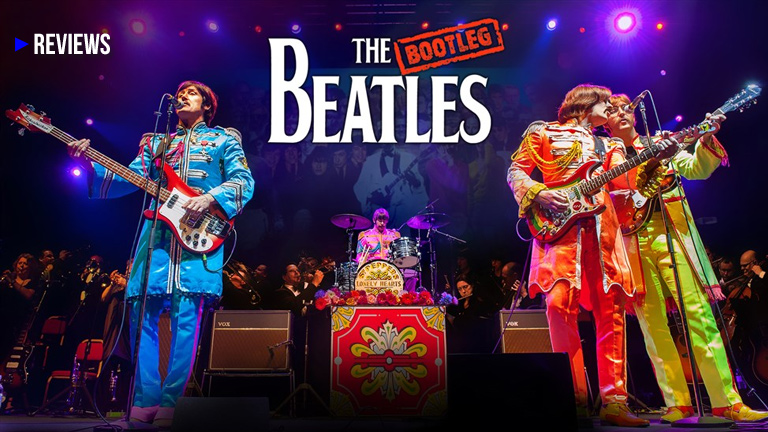 In 1970, The Beatles announced that they had broken up. Each member of the group went on to form successful solo projects of their own. In 1980, John Lennon was shot in New York, then 21 years later George Harrison succumbed to lung cancer. Only two Beatles remain; Ringo Starr is doing his own thing and Paul McCartney is about to release his 17th solo album this week.

We may never get a chance to see The Beatles together ever again, but at least there are tribute bands who mimic every detail of The Fab Four’s fashion and live performances. In doing so, these tribute acts like The Bootleg Beatles, can give fans a similar experience of what it feels like watching the Beatles play music in front of your every own eyes.

John Lennon says thanks and goodbye to Cebu. :(

The Bootleg Beatles is considered to be the premiere Beatles tribute band. They have performed over 4,000 times and have even shared a stage with legendary acts like David Bowie, Oasis, Rod Stewart, Bon Jovi, Iggy Pop, and The Corrs.  The Bootleg Beatles have also done a performance in front of The Queen and even in front of real Beatles; George, Ringo and Paul. The surviving members of The Beatles, including producer George Martin and John Lennon’s wife Yoko Ono, have given the tribute band their official approval. George Harrison praised them by saying “they probably know the chords better than I do” and Paul McCartney even joked that he has always planned to heckle them onstage.

As Beatles fans know, there are three distinct Beatles eras. The first one is their radio pop love-song years (1963-1965) where the band produced timeless hits like ‘I Want to Hold Your Hand’ and ‘A Hard Day’s Night’, then comes the psychedelic era (1966-1969), where they experimented with their sound as heard in songs like ‘Strawberry Fields Forever’ and ‘A Day in the Life’. The last one is their hard rock phase (1968-1969) where they took inspiration from their roots and incorporated a lot of blues into their music. Songs from this era included “Get Back’ and “Come Together’.

The Bootleg Beatles use this three eras of The Beatles’ musical career to divide their set. It’s also easily one of the fun aspects of watching them play as they would change into costumes several times to tell the audience the passing of years. At the very beginning of the concert, the tribute band enters the stage wearing the Beatles’ distinctive 1964 Ed Sullivan suits that have become an essential part of Beatlamania. A couple songs later, The Bootleg Beatles would change into The Beatles’ iconic military-style jacket used in their 1965 concert at Shea Stadium, a concert that broke many records. Another few songs in, the tribute band would then again change attire, this time they don mustaches and colorful marching band jackets to mimic the Sgt. Pepper persona The Beatles made popular in 1967. As the concert comes to an end, The Bootleg Beatles take out their long wigs, raincoats and fur coats to impersonate the Beatles’ fashion as seen in their surprise concert at the rooftop of Apple Corps Studios.

It's a concert that every Beatles fan should experience with a splendid time guaranteed for all. The Bootleg Beatles will be coming to Cebu this September 8, 2018 at the IC3 Convention Center. Tickets for the concert are priced at P800 for bronze, P1,500 for Silver, P2,000 for Gold, P2,800,for Platinum, and P,3800 for VIP. You can buy your tickets here. https://bit.ly/2CnPTkT