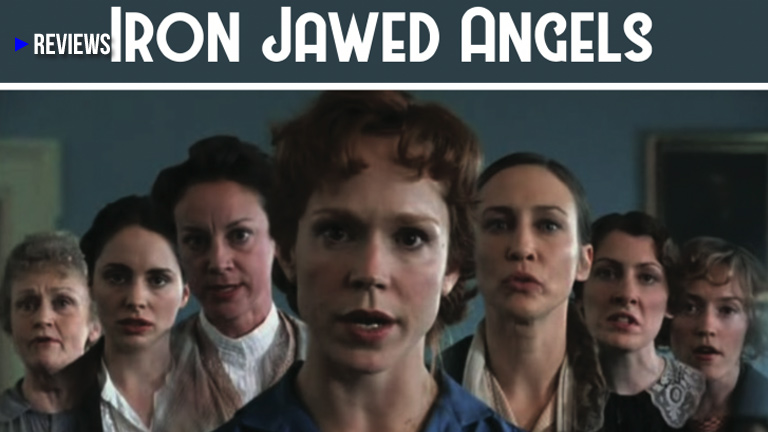 In the 21st century, we often hear the word ‘feminism’ coming out from the mouths of various leaders and influencers across the globe. The word feminism describes a movement that pushes for the elimination of the historical subservience of women.

Movies that portray and advocate for feminism have made appearances in the big screen in countless places across the world. Some of them are fictional, and some of them are based on real stories. From the feminist underpinnings of Wonder Woman to the vocal expression of feminist views in animated stories like Brave, these movies want to showcase the strength and resilience of women amidst struggles and problems.

One stunning movie titled “Iron Jawed Angels” made a lot of impression to the public. Up until now, the movie is screened in tertiary classes and is given the equal amount of amazement as it had been given 14 years ago. Yes! Iron Jawed Angels is a 2004 movie, directed by Katja von Garnier and starred by Hilary Swank, Margo Martindale, Anjelica Huston and many more.

The story revolves around the main character Alice Paul (a real figure) and her colleagues as they push for women’s rights in the legal context. Here is what we can say about the movie:

Moving. A simple word I can come up in describing Iron Jawed Angels. The content and the purpose that the movie wants to convey will surely be embedded to someone who will watch it. There were factors in the movie – ideologies and implications – that are worth talking about, because they pose significant importance for the societies in the modern world.

Opens the matters on PATRIARCHY. The movie was particularly eye-opening and inspirational. It shows how the women of those times persevered in rejecting and countering the persistent, dominant and unjust system of society. Patriarchy holds other assets of society, almost every time women, subordinated.

Past societies were mostly, patriarchal. Power in the political and economic spheres was vested in the masculine actors. The old-age notion that men have more intellectual capacity and have better physical potentialities than women, justify patriarchy as an inherent way of life. In refusal, leagues of women have attempted so many times in history to gain a particular recognition and get what they deserve as human beings.

It was a good watch because the movie showed the obvious and outstanding wit of Alice Paul and her colleagues. It goes to show that women have what it takes to coincide with men equally in the pursuit of power and position.

When they were sent to jail, if you will watch the movie, it is perceivable that women are capable of intense physical exertion and bravery if the situation demands so.

The roles of women, in societal context, are often only limited to nothing more than giving birth, doing household works and child-rearing. It was a great movie in a sense that it exposed another side of women – women whose force and sacrifice may have the same bearing to that of men.

Women are continually violated and abused by their environments to satisfy varying selfish needs. Currently, although there have already been laws which protects the rights of women, like the VAWC Law, patriarchy and women discrimination is still rampant today.

Suffragists stereotyping. In the case of Alice Paul and the National Women’s Party, however, they were able to brave all odds. ‘Suffragists’, as the main characters were called, are people who want to push for women to be granted the constitutional right to vote.

Even up till today people refer to them as ‘rallyists’ and tag them with impulsive attitude and monster-like mechanism when they rally in the streets, bringing placards and chanting aloud – ALWAYS ANGRY OR AGITATED (as was the main characters were described). These connotations of people, who fight for their rights through movements and rallies, have always been in the minds of people throughout history.

Furthermore, since these suffragists are always concerned with rally, movements, walks and protests, they are presumed to dissociate themselves with other matters like family making, finding a partner etc. In example, halfway through the movie, Lucy Burns – a colleague of Alice Paul – said that she also wants to have a partner and a family. It’s almost so dismal that people don’t often see that side in suffragists/rallyists/protesters. Although it was not greatly highlighted in the movie, I think it also shows that, even if Alice, Lucy and the others were putting their greatest efforts to the movement, they still desired mundane things – further validating that they are humans and they need the same amount of right as any other man.

The Black Suffragists. It was also good for the movie to include a scene which shows the Black suffragists taking part in the movement and invoking their rights as beings. Over the past centuries, generally, Black men and women were highly discriminated. One cannot imagine how hard it was for a BLACK WOMAN to deal with injustices tied to their race. When US constitutional amendments were made, Black people were always on the non-receiving end. It was always the white race who gets the rights first.

The movie is giving us the idea that racial differences should not be a question in the determination of rights which involves gender. Black or white, they were all women and they deserve the equal amount of right and empowerment.

The movie received grandiose awards and nominations since its showing. Some of which include the Golden Globe Awards, Emmy awards and the likes. It has received 5 awards and 27 nominations in well-known film festivals.