It's Pretty Intense with The Weeknd's False Alarm MV 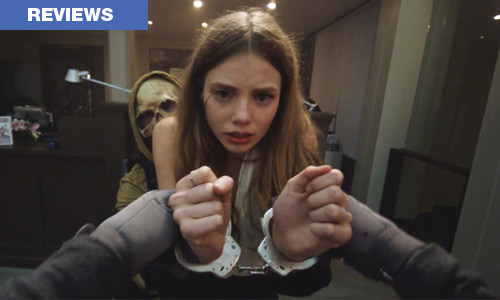 Things take a rough and violent turn with The Weeknd's latest hit.

Late last week, The Weeknd dropped their latest music video for their upcoming release called False Alarm. The video comes complete with a violent bank robbery, kidnapping, exploding cars, duffel bags full of money and a bloodied Abél Makkonen Tesfaye (The Weeknd's real name). By the way Abél carried out the robbery in this one! There are mixed feelings over this release but personally this is a pretty great concept for the song's lyrics. Check out the video below and see for yourself:

It's safe to say that the visuals for False Alarm are a bloody (good) mess. The story seen here is depicted through the point-of-view of one of the bad guys which makes the feelings that surround the video all too intense. Going into specifics can ruin the experience so taking a look will definitely justify what we're talking about. Because of this release, The Weeknd taking another creative direction is starting to get apparent as he's already injecting aggression in his work without compromising his signature musical style.

Looking at other reviews, some claim that Abél's creative approach has come across alarming. Even so, it still reflects the artist's penchant for stunning visuals and mind-boggling symbolisms. The lyrics may not have anything to do with the video but try to take a second look and all of it might tie together from your point of view.

The Weeknd is a Canadian singer, songwriter and record producer. In late 2010, Tesfaye anonymously uploaded several songs to YouTube under the name "The Weeknd". He is known for the smashing hit, Can't Feel My Face. False Alarm is the second single off of Starboy, the follow-up to The Weeknd’s 2015 album Beauty Behind the Madness, all set for a release this coming November 25th.

What do you think of The Weeknd's latest release? Is it too violent and bloody for your taste?