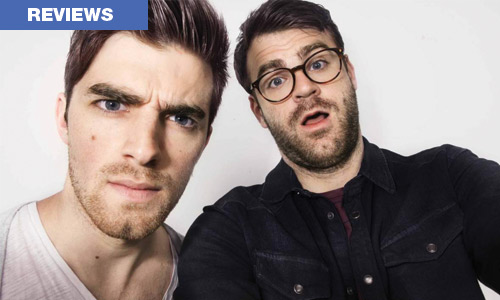 Well it's about time- and it's probably what you're expecting!

We've been hearing about it nonstop for months- The Chainsmokers and Halsey's Closer has been dominating airwaves and only now we realize that there's no existing music video yet! I don't really have to tackle about the song itself because all of us know how it sounds like and by now people are on the verge of hating it since it's been played too much. There's a joke floating around somewhere that if we earned every time we heard the song we could finally afford a Rover. Watch the video below:

Yesterday, the music video dropped on VEVO and it might be what you expected. The premise is about what you'd anticipate for such an emotionally loaded pop song: a whole lot of Halsey and co-Smoker Drew Taggart singing at one another, with some flashbacks and possibly tidbits of the future of their relationship (and that damned mattress) in between. Partying, drinking, constant making out- it's the ideal Chainsmoker lifestyle if you ask me. There's an instance where Halsey looked pretty in a hotel bar but aside from that, it's more of a showcase of how much the Chainsmokers are all the more becoming sellouts.

The video is honestly monotonous- try playing it faster or seek the rest of the clip by tapping the seek toggle and not much happens. It's like the video is how Taggart is trying to sell his D-list acting and making out skill. If you think Closer has become too mainstream over the months, well, the music video made it even more mainstream. To put it in a sentence, it's just about a hook-up after breaking up. There isn't really much to it, really.

But could we have it any other way? I guess not. Whether you love or hate the boys, everyone's pretty happy now that one of the biggest songs of the year finally have a music video. In less than 12 hours after it's release, views have already reached over a million.