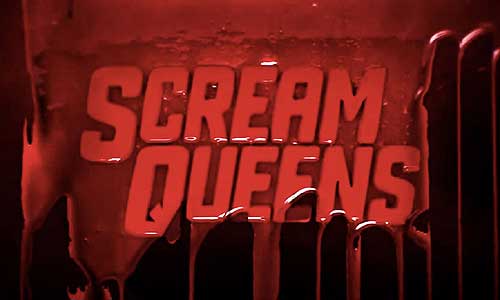 Ryan Murphy's "Scream Queens" is a new TV series on FOX that takes on an 80's peg with a mix of horror and comedy that definitely interests the youth today.

The plot of this show revolves around a sorority with a masked killer picking them one by one and of course, dramas and relationships are plotted between the horrific events. Emma Roberts stars in this show where she fires out those "Regina George" lines where she basically shines out in this series. "Scream Queens" is a show that must not be taken seriously as it is somewhat a parody of old killer movies and a tease of what the generation now seems to be.

The pilot episode is not that interesting as it is quite off the grid but the 2nd episode really made up for it. The 2nd episode suddenly becomes humorous and pointed out the essence of a classic slasher movie. The masked killer can't be identified, probably because it would spoil the whole show – obvs. Although the hints are out there but they apply multiple characters which makes it even more interesting.