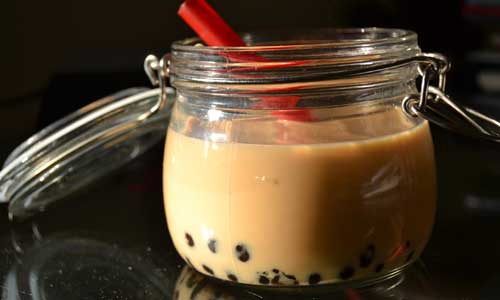 Going out for coffee is too cliché for this generation.

Nowadays, when people want to hang out and grab some drinks (except for some liqueur), they usually want to devour some bubble tea (or often called by Cebuanos as “milk tea”). It has been a few years back when milk tea became an “in” thing for everyone, especially for students. But even though those good years have passed, this incredibly delicious drink has never “passed away”.

‘Bubble Tea is a Taiwanese tea-based drink invented in Taichung, Taiwan in the 1980s. The actual creator of bubble tea is Lin Hsiu Hui, the teahouse's product development manager, who poured a sweetened pudding with tapioca balls into the iced tea drink during a meeting in 1988. The beverage was well received by the people at the meeting, leading to its inclusion on the menu. It ultimately became the franchise's top-selling product.’

There are many establishments here in Cebu city that offers milk tea. Numerous tasty flavors, various toppings and different kinds are available for you to choose from. Even if you are on a diet or watching your sugar level, milk tea can still be your best buddy when you need something to quench your thirst. You can specify your own sugar level for your drink to your own special desire. You can also choose your drink to be blended or iced (or even hot for some milk tea shops).

Milk tea shops are common for students and also employees. They usually use the place to hang out because of its cold environment and of course, the milk tea. Some would even use the location to study or do some work while sipping through that big straw where black pearls can slide in.