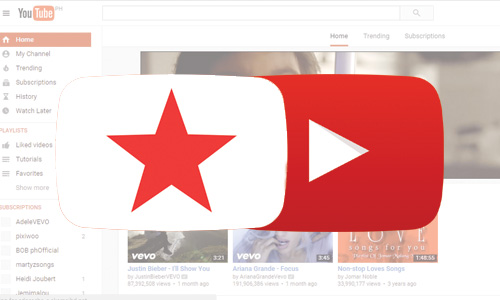 Here’s a roundup on what made these hits tick this year.

Big artists raked in massive views with some reaching almost a billion in less than 12 months. Rolling Stone dubbed this year as a return of the music video as an event with visual accompaniment and controversy to today’s hit songs. So today we’ll be bringing to you the top 10 most-watched music videos on YouTube.

{youtube}KWZGAExj-es{/youtube}
Sia: Elastic Heart
475,343,790
Aside from the frequent appearance of dancer Maddie Ziegler during Sia’s performances, Shia LaBeouf joined in for Elastic Heart. Their interplay caused controversy online as the clip was shamed for its pedophilic references.

{youtube}vjW8wmF5VWc{/youtube}
Silentó: Watch Me (Whip/Nae Nae)
481,311,417 views
Videos of your friends dancing to this song sprouted like mushrooms and took over the internet as the weeks went by. The Whip and the Nae Nae is apparently one of this year’s most unstoppable dance crazes and Silentó turned these two moves into one and made a catchy song to match. The music video released this June featured homemade video clips from people around the world and having Silentó perform in a gym bring the people together as they danced to the track.

{youtube}YBHQbu5rbdQ{/youtube}
Fifth Harmony Featuring Kid Ink: Worth It
495,266,326 views
Also annoyingly popular as the Nae Nae song, Worth It is Fifth Harmony’s single off their album Reflection. The former X-Factor contestants can be seen showing off their choreography in corporate ensembles as they danced to the horn-driven single.

{youtube}uO59tfQ2TbA{/youtube}
David Guetta Featuring Nicki Minaj and Afrojack: Hey Mama
517,867,547 views
Minaj’s collaboration features the singer as holographic, larger-than-life version of herself, who fuses her singing and rapping talents together on the bouncy, urgent pop track.

{youtube}QcIy9NiNbmo{/youtube}
Taylor Swift ft. Kendrick Lamar: Bad Blood
667,441,621 views
Swift rallies up her star-studded squad as they go on a vengeful mission. Shot with Sin City-inspired visuals, the music video for Bad Blood is a blatant reminder on who’s on Taytay’s side on her feud with a fellow pop star.

{youtube}YQHsXMglC9A{/youtube}
Adele: Hello
709,837,970 views
It won’t come off as a surprise if Adele’s first track from 25 reaches over a billion views by early next year. The sepia-toned video features the singer yearning over her past love and clearly articulates her emotions with her heartfelt performance.

{youtube}AJtDXIazrMo{/youtube}
Ellie Goulding: Love Me Like You Do
856,895,036 views
With Fifty Shades of Grey being released early this year, Goulding’s track has received significant recognition over the past months. The music video features clips from the movie itself as well as Goulding and a partner dancing in a ballroom.

{youtube}YqeW9_5kURI{/youtube}
Major Lazer and DJ Snake Featuring MØ: Lean On
906,175,989 views
Spotify has named the rhythmic moombahton song as the most-streamed track of all time and has clearly been inescapable all year. We’re not sure of it garnered almost a billion views because of its infectious sound or because of MØ’s appalling dance moves.

{youtube}09R8_2nJtjg{/youtube}
Maroon 5: Sugar
923,555,189 views
Sugar’s music video made it extra sweet as the band traveled around Los Angeles crashing weddings with their surprise performances. There was debate whether these events were real or staged but every girl can’t help but wish Levine singing in their future wedding.

{youtube}RgKAFK5djSk{/youtube}
Wiz Khalifa Featuring Charlie Puth: See You Again
1,246,610,601 views
Khalifa and Puth’s tribute to the late Paul Walker as the Furious 7 soundtrack dominated 2015 as it garnered a billion views in a span of six months. The video features footage from the movie alongside shots of the duo performing. This track garnered Grammy nominations for Song of the Year and Best Pop Duo/Group Performance.