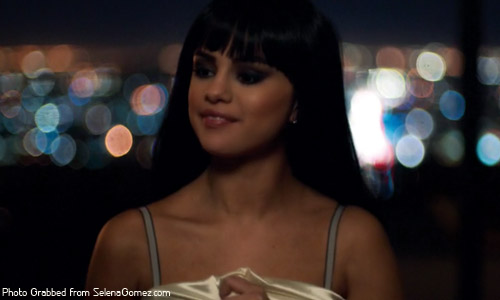 The then-teen star has come a long way with her latest release.

We first heard about Selena Gomez’s Hands to Myself during the recent Victoria’s Secret Fashion Show and we couldn’t help but feel sexy ourselves as she sang as the angels slayed the show. During an interview earlier this year with TIME Magazine, Gomez describes the song as a “beautiful accident”. Apparently she was talking to friend Julia Michaels and was banging a cup to her desk when she suddenly quipped that what if they would make the song’s style Prince-like. Personally, the song is refreshing from her past hits over the years and Gomez claims that this track is the star in her latest album Revival. It’s safe to say that like ex-boyfriend Justin Beiber, Gomez is starting to find her voice in the saturated pop scene.

Released just yesterday, the music video starts off as Gomez lying in bed donning a sexier and sultry look to match the sensuous song. Being hotly anticipated by fans, Hands to Myself lends a raunchy flavor as Gomez starts to strip and prance around the house, fantasizing a steamy make out session with model Christopher Mason. The then-teen star’s new look would remind you of the Kardashian sisters and you can very much tell that Gomez is now grown up. Here’s a back story though, Gomez recently posted a picture of Mason on Instagram which led most to think that it was an attempt to get back at Beiber since he posted a picture of an anonymous female few days prior.

Going back, the video had a not-so sexy ending as Mason caught Gomez in his bedroom and called the police. Yep, Gomez played as an obsessive stalker in this one. But if you really think about it, judging by the looks of Mason, you wouldn’t keep your hands to yourself, too!