If you’ve watched the trailer for The Boy that’s been circulating since way months back, you’d expect a film about a possessed doll. The first impression would be the movie having the same premise as Annabelle (2014) or Dead Silence (2007). 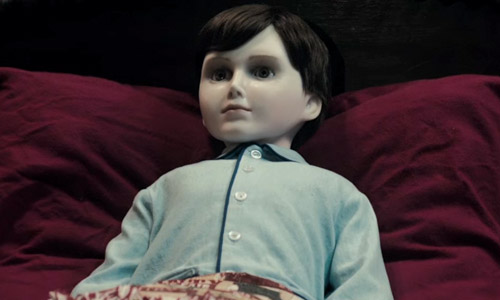 So the movie’s heroine Greta is played by Lauren Cohan who is popularly known for her portrayal as Maggie in the highly-acclaimed television adaptation of The Walking Dead. The movie starts off as Greta moving to a remote village at the United Kingdom for a nanny job in an attempt to run away from her abusive boyfriend. Upon her arrival she meets Malcom, the household deliveryman. Then she is introduced to the Heelshire couple with their son Brahms who’s a porcelain doll. Oddly enough, Brahms is treated like a child by the elderly couple and they move on by orienting her with household rules.The next day, the couple leaves for vacation; which was later revealed that the two committed joint suicide. So Greta ignores the house rules and lives as if she was the only person in the household and forms a friendship with Malcom. Things start to become odd and a tad scary which leads Greta convinced Brahm’s spirit was present through the doll.

Days later, Greta’s ex boyfriend Cole appears and after a brief fight with Greta and Malcolm, Cole destroys Brahms. This is where the mind-f**k starts the whole house shakes as an adult wearing a mask identical to the doll’s face shatters a mirror and emerges. Apparently, the Heelshire couple has covered their son’s crime (he killed his female playmate) as a boy after all these years by setting a fire at their home and publicly presumed him dead because of the fire. Brahms has held his parents hostage this whole time and the two left Greta as a parting gift. After killing Cole and attacking Malcom, Brahms chases Greta only to find her back at the household and Greta treats Brahms according to the house rules. After placing him to sleep, Greta kills Brahms and she and Malcom escape from the scene.

So it’s safe to say, it’s an unexpected twist because all of us at the movie house presumed a demonic entity possessing the doll. At the end, the movie is more of a psychological thriller as all of those who watched together with Greta thought that she was being haunted all this time. It’s pretty impressive and superbly written and quite unexpected. Horror films and psychological thrillers released during recent years have proven to be redundant and cliché’ and this movie can give you mixed reactions after watching. Personally, I think the story has redeemed the thriller genre quite a bit.