The Queen is back!

All hail the greatest of the great- Beyoncé just dropped her latest solo effort after a long time! The new video called Formation was posted Saturday, a day before Beyoncé was set to take the stage as a performer together with Bruno Mars and Coldplay at the Super Bowl 50 halftime show. 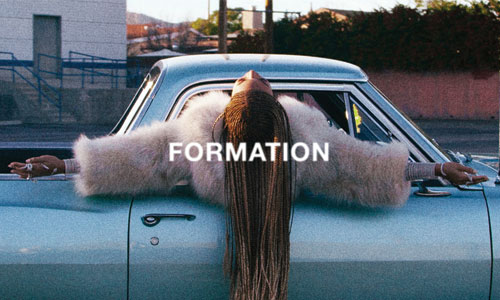 The video is set in New Orleans and includes Mardi Gras costumes and a shot of her standing on top of a floating police squad car like a goddess would sit on a ladder while us mere mortals watched. Even husband Jay-Z and daughter Blue Ivy made an appearance. The song's lyrics include "I go hard / Get what's mine / I'm a star / 'Cause I slay / I slay (hey) / I slay (hey) / I slay (hey) / all day," and "I got hot sauce in my bag, swag." The song and music video were more of a rallying, black consciousness and culture masterpiece. In between, footage of the city post-Katrina is interspersed with grainy shots of dancers shot from above indirectly translates this theme. Like others who have watched the video, one of the most striking shots would have to be a shot of a child dancing in front of a row of riot police, who raise their hands in response as the camera cuts to graffiti that read "STOP SHOOTING US".

Essentially, Formation is an uprising itself as it calls for every listener to acknowledge his/her identity. Although aimed towards women, the song can easily become an anthem for radical self-love and a cry to be prepared for battles ahead. Furthermore, what Beyoncé has held constant after all these years is her knack for producing work that encourages genuine empowerment- and it is no secret why people regardless of gender consider her as a Queen of pop culture and music in general.