This 15-year-old has a promising collection to date.

Alex Jason traded a minibike and an electric snowblower back in 2010 for an iMac G5 computer, in what turned out to be the start of a giant collection of vintage computer equipment, including 200 Apple machines. He also mowed several lawns in between to come up with up to $2,000 that was used for buying 50 units that was enough to fill his 26-foot U-haul. 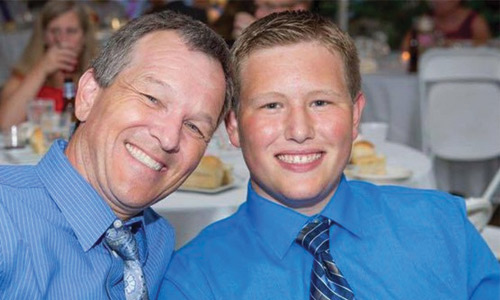 His collection is one of only a few dozen collections of its size and kind in the country. Six years later, Alex now has a collection of more than 250 Apple products, dubbed the Apple Orchard and the majority of it is located in his family's basement. If you add up the mice, keyboards, wires and everything, Alex said the number reaches about 500.

His collection includes Apple computers from almost every generation, in addition to prototypes and accessories, some more unusual than others, like the Apple Cursor 3 - a joystick-shaped mouse - which Alex believes is the only one that has ever surfaced. Alex is currently on the look out for a very rare Lisa 1 computer, released by Apple in 1983. And then there's the rare Apple I from 1976 that still works and has the original chips. Fewer than 70 of these models are believed to remain, with one selling more than $900,000 at an auction back in 2014. He also has the rare Lisa 2/5 in his possession which was named after the founder's daughter.

According to several reports, it is said that there are few private Apple collectors around the world with two museums in Europe dedicated to the brand. Apple is yet to recognize these collectors but the company is sure as heck happy to see their inventions housed in a time capsule for the world to remember and enjoy.