Introducing the Gameband, the first smartwatch for gamers! 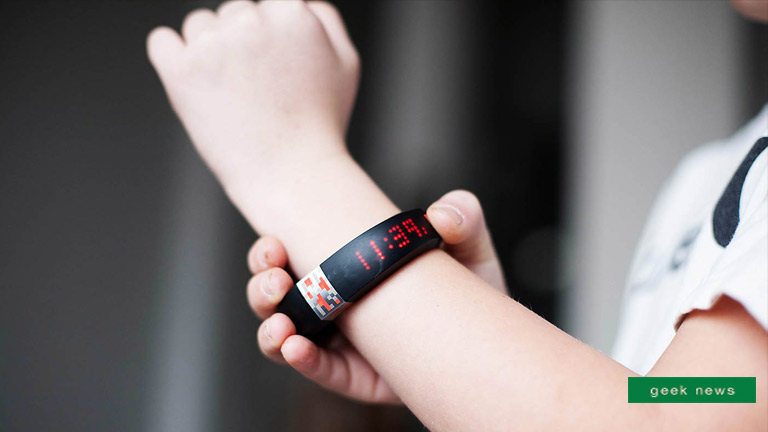 This sleek device not only tells you the time but also lets you play games right on your wrist.

Athletes, babies, and dogs all get their own wearables, but what about gamers? Well a new wearable (specifically wearable on the wrist) has launched on Kickstarter; the Gameband, a smart watch for gamers.

There are two versions of the band, each pre-installed with 20 games. The Atari version comes in the signature Atari red and includes classic games like Pong, Crystal Castles, and Asteroids. The Terraria version comes with an exclusive mini-game based off the original game.

The whole idea behind Gameband is that as a gamer, you want to game all the time. Sure, you can game on your phone when you’re on the go, but maybe you’d rather game from a tiny 1.63-inch touch AMOLED display.

{youtube}DCHJmV_BnkM{/youtube}
“We had specific requirements for our design,” says the Gameband’s Kickstarter page. “It needed to be robust, as durable as a watch, while incorporating gaming influences and giving us the flexibility to create special editions, without overly complicating the manufacturing process. Drawing inspiration from rugged weaponry, vehicles and tools seen in games, the goal was to bring about a real-world device that you could just as easily imagine inside a game.”

There are a number of different tiers that one can opt for. The standard edition, Atari edition, and Terraria edition have prices ranging from $99 (almost 5 thousand pesos) for the early bird special, all the way to $179 (almost Php9,000) for the Kickstarter special. At the time of this writing, the $99 editions are all sold out. There are other editions available as well, with the most expensive coming in at $6,999. (You don’t want to know how much that is in pesos).