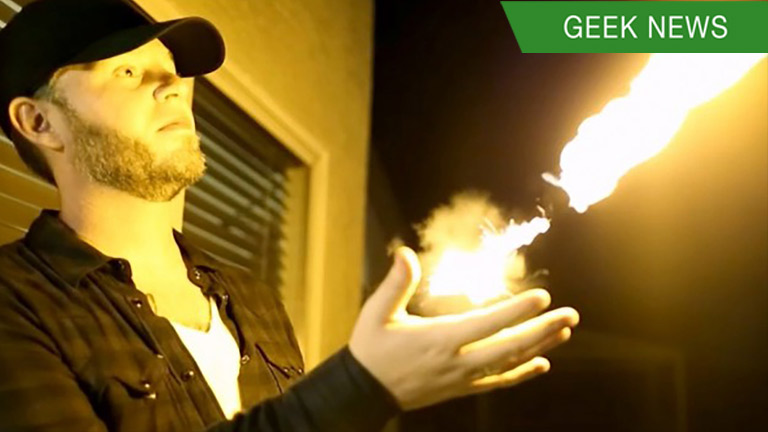 This gadget will make you hadouken a fireball from your wrist! No Joke.

The Pyro Mini Fireshooter can make you shoot fireballs like Iron Man to make your friends jealous!

You can now shoot balls of fire from your empty hands! The viral smash-hit of 2014 has come back transformed into a smaller, sleeker and sexier must-have device for anyone who literally just wants to shoot fireballs from their hands.

{youtube}mLYk1Q0RFk0{/youtube}
The Pyro Mini was originally created for professional magicians, but due to the fact that shooting fire from your hands is a universally desirable ability, Pyro and this new miniature version have caught the eye of more than just the magic community.

For the curious, the device’s firepower relies on the functionality of flash paper: a highly flammable substance that is a staple for dramatic performers. Pack the right amount of flash paper and cotton into the small Pyro Mini wrist box, and you’re ready to go. With the press of a button, the balls launch out of the tubes and burst into flame. If you’re worried about burning down your apartment, the kit includes extensive instructions for getting the material proportions just right.
{youtube}N-KfnfaJMdw{/youtube}