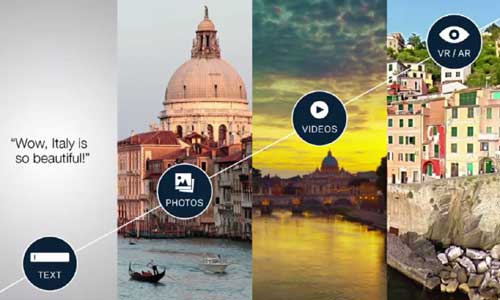 A 360-degree spherical video feature was introduced by Facebook which allows users to watch the latest "Star Wars: The Force Awakens" trailer in a very cool way.

Facebook joined forces with its Oculus division to give virtual reality to the Facebook news feed. Among are the first ones to publish their own 360 video on their sites, Star Wars, GoPro, VICE, Discovery, LeBron James & Uninterrupted, and NBC’s Saturday Night Live.

"To create 360 videos, a special set of cameras is used to record all 360 degrees of a scene simultaneously. This means that when the video is playing on Facebook, you can choose what angle you want to see it from," explained by Maher Saba, Engineering Director, Video.

Those who wish to view the 360 videos, they can drag the video with your finger or just turn the device. The 360-video will follow your movement as you turn the video around and feel a unique kind of viewing. Facebook users can start to view 360-degree videos on desktop browsers and on Android devices now but the feature will be available on Apple's iOS in the coming months.