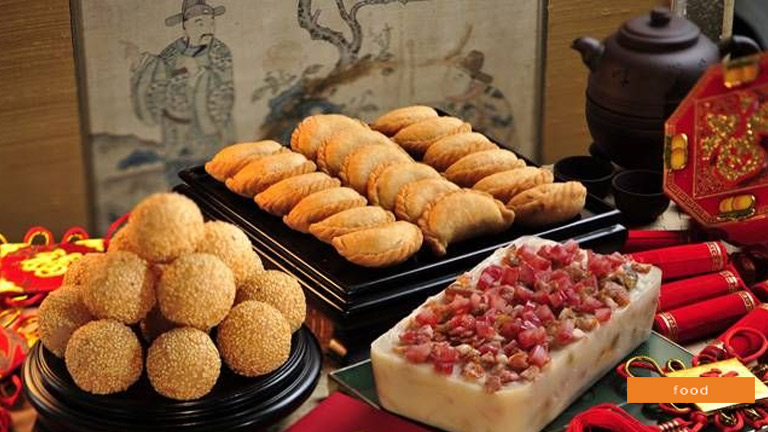 We learned that the Chinese like playing with words and symbols. Often homonyms (words that share the same pronunciation but have different meanings) are gladly used. Names of dishes and/or their ingredients which will be served sound similar to words and phrases referring to wishes expressed during the Chinese New Year, like for example; Chinese “fish” is pronounced “yu yoo” which also sounds like the Chinese word for “surplus”. So fish is served in the New Year in hopes to have a surplus of food for the next year. Other food hold symbolic meanings, like Chinese dumplings which are a symbol of wealth. Or noodles, whose long strands can symbolize longevity.

Here are the rest of the seven lucky foods to eat during the Chinese New Year.

In Chinese, glutinous rice cake (年糕 Niángāo /nyen-gaoww/) sounds like it means "'getting higher year-on- by year"'. In Chinese people's minds, this means the higher you are the more prosperous your business is a general improvement in life. The main ingredients of niangao are sticky rice, sugar, chestnuts, Chinese dates, and lotus leaves.

5.(Longevity) Noodles (for happiness and longevity)

Longevity noodles unsurprisingly symbolize a wish for longevity. Their length and unsevered preparation are also symbolic of the eater's life.

They are longer than normal noodles and uncut, either fried and served on a plate, or boiled and served in a bowl with their broth.

Sweet rice ball is the main food for China's Lantern Festival, however, in south China, people eat them throughout the Spring Festival. The pronunciation and round shape of tangyuan are associated with reunion and being together. That’s why they are favored by the Chinese during the New Year celebrations.

Certain fruits are eaten during the Chinese New Year period, such as tangerines and oranges, and pomelos. They are selected as they are particularly round and "golden" in color, symbolizing fullness and wealth, but more obviously for the lucky sound they bring when spoken.