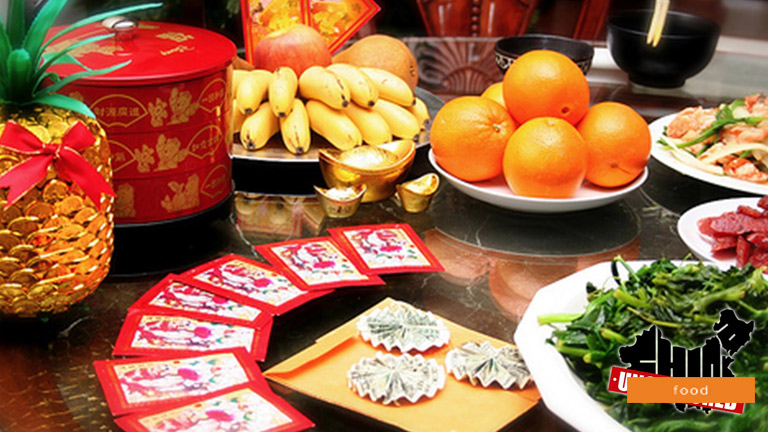 Certain dishes are eaten during the Chinese New Year for their symbolic meaning. Lucky food is served during the 16-day festival season, especially New Year’s Eve, which is believed to bring good luck for the coming year. Some believe that certain food can bring specific good luck. Here are seven of these dishes that might bring you good luck this year.

Fish - an increase in prosperity

In Chinese, "fish" (鱼 Yú /yoo/) sounds like 'surplus'. Chinese people always like to have a surplus at the end of the year, because they think if they have managed to save something at the end of the year, then they can make more in the next year. Various kinds of fish can also bring different luck based on how it is pronounced.

With a history of more than 1,800 years, dumplings (饺子 Jiǎozi /jyaoww-dzrr/) are a classic Chinese food, and a traditional dish eaten on Chinese New Year's Eve, widely popular in China, especially in North China.

Chinese dumplings can be made to look like Chinese silver ingots (which are not bars, but boat-shaped, oval, and turned up at the two ends). Legend has it that the more dumplings you eat during the New Year celebrations, the more money you can make in the New Year.

Spring rolls get their name because they are traditionally eaten during the Spring Festival. It is a dish especially popular in East China. Spring rolls are a dim sum dish of cylindrical-shaped rolls filled with vegetables, meat, or something sweet. Fillings are wrapped in thin dough wrappers, then fried, when the spring rolls are given their golden-yellow color. Before eating a spring roll, the person must shout (hwung-jin wan-lyang/): 'A ton of gold' (because fried spring rolls look like gold bars) — a wish for prosperity.