Watch the festival from the comfort of your toilet and solitude of the bathroom.

Coachella Valley Music and Arts festival is one of the biggest annual music festivals any music fan should attend at least once in their life. For those people who can’t afford to fly and drive off to a dessert in California, YouTube is there to livestream the performances this weekend (April 15-17) and on April 22-24) . 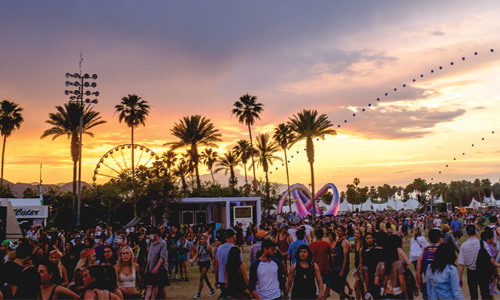 This weekend and the following weekend you will be able to stream three days of music in the comfort of your home away from dust and smelly drunkards in the dessert. YouTube has been offering exclusive livestream of the festival for years so that you won’t get to miss the experience of the epicness that is Coachella.

Coachella has spat out memorable performances that everyone is still talking about even after all these years. In 2006, people who attended the music festival will never forget the time Daft Punk performed live in a pyramid-shaped stage and in 2012, Tupac Shakur came back to life via a hologram.

This year you will get to experience a new kind of expected memorable performances from artists who have come from different genres. From EDM’s Flume, Bauer and Major Lazer, to indie darlings Courtney Barnett, Foals, and Mike Snow. You will get to see hip-hop performers like Asap Rocky and Ice Cube and South Korea’s Epik High.

On Friday, dance-punk band LCD Soundsystem will perform their reunion on the dessert after five years from their memorable farewell concert at Madison Square Garden.

Another highlight on this year’s festival is the reunion of 80’s rock band Guns n Roses to be set on Saturday. The night will feature the reunion of vocalist and Axl Rose guitarist Slash.