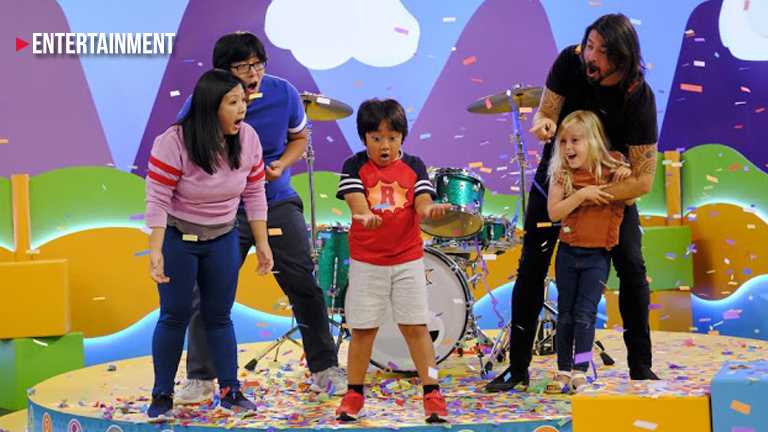 Dad of the Year award goes to the Foo Fighters' frontman, Dave Grohl, as he appears for a jam session on an upcoming episode of the hit Nick Jr. show, Ryan's Mystery Playdate, alongside his youngest daughter, 5-year-old Ophelia a.k.a "Fifi."

In a scene posted by People, Grohl calls on his "Ryan's superfan" daughter to help "turn this gig up to 11." Fifi comes down a twisting slide to join her dad for an adorable rendition of "If You're Happy and You Know It."

"I'm always ready to rock!" the daughter of the rock star fittingly shouts. "If you’re rocking and you know it catch a fish," Grohl sings and plays drums as Ryan and Fifi literally catch a giant fish and then continue to do the other activities the rocker sings, including popping a balloon and hugging a bear.

The last instruction is to "pie your dad," which Grohl says confusingly before Fifi smashes a whipped cream pie in his face. "Pie yourself," Grohl says, as he helps Fifi pie herself in the face.