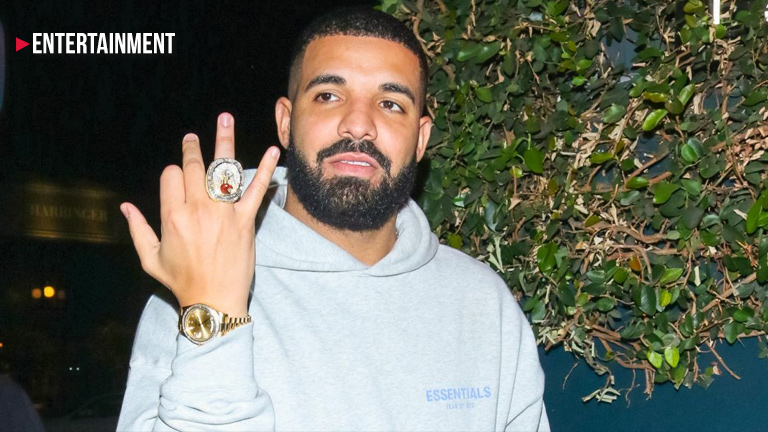 The Toronto Raptors celebrated their first NBA title in franchise history prior to Tuesday's home opener against the New Orleans Pelicans. But as players received the biggest championship rings in NBA history, Raptors ambassador Drake wasn't going to be outdone.

Drake showed off a custom $150,000 championship ring that was designed by Jason of Beverley Hills on his Instagram story.

According to Complex, a representative said that the custom ring contained 30 carats of diamonds. Drake designed the ring himself to represent his favorite team's accomplishment, but couldn't be in attendance for the opening night ceremony.

Turnt this to a organization

The Raptors' rings were also very stellar. They each contain more than 650 diamonds and 16 rubies that represented the amount of victories that are required to win a championship. Diamonds also helped make up the Toronto skyline above the word "North."

Despite losing Kawhi Leonard to the Los Angeles Clippers in free agency, the Raptors picked up right where they left off as they defeated the upstart Pelicans ,130-122, in overtime. Fred Van Vleet scored a career-high 34 points as he connected on five of his seven attempts from beyond the arc. In addition, Pascal Siakam, who could be the focal point of the offense with Leonard gone, poured 34 points and secured 18 rebounds.