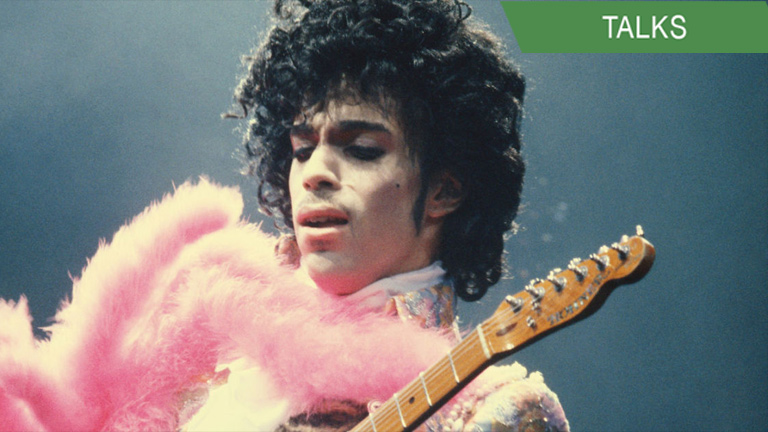 His Purple Highness passed away exactly two years ago.

Prince died of Opioid overdose last year. Paramedics found his house messy with his things strewn across the room. The lifeless body of the very influential musician was then found lying on the elevator floor.

The Purple Rain singer had a great impact on many people. Jiggy in the Morning’s JIGGY JR is one of them. The radio host believes the influence of Prince on him ranges from ideas like accepting sexuality to embracing individuality.

Here’s what Jiggy Jr had to say about Prince after hearing of his passing last year.

The first time I heard him was on the radio. He was on a countdown done by Casey Kasem, a great DJ back in the 80’s. The song was Let’s Go Crazy and I remember telling myself “what on earth is this music, man? Why is this here in the countdown?” It’s so not part of it, it sounds so different from the rest of the songs. I remembered clearly that it was a battle between Bruce Springsteen who had the number one spot in the album charts for 16 weeks. And it was Prince who dislodged him from the top spot.

I owned Purple Rain, the movie and the album. That was his first album. It was littered with profanity and sexual undertones. It was legal. It was like I was hiding a contraband in the house, I made sure that my mom and dad didn’t know that I had a Prince album. It was pretty exciting.

Prince was very vocal about your rights as an artist. He wanted artists to be able to say what they want to say, write what they want to write, and do what they want to do musically. What Prince did, he changed his name to The Artist Formerly Known as Prince as a form of protest for the music industry because he was curtailed from becoming the creative genius that he was.

He was really ahead of the curve. He was ahead of the curve when it comes to sexuality, when it comes to texting. He was fond of using the letter “U” in replacement for the word “you” and “2” for “to” before everybody else was using them on texting. He was fond of using technology in his music. He was also one of the first to release his album online. He was one of the first artists who gave his album for free online. Every time he sang a song in some of his concerts; a classic, a good song, he would say “I’ve got a million of these”. He really meant it. He wasn’t bragging, he actually had tons of those in his home. He was always creating something all the time.

It’s hard to imagine a world without Prince. Somebody once said a few days ago in New York Times, he said “Seeing a world without Prince is like seeing the world without the color purple”. It’s like telling me that there’s no more weather. That’s how part of our lives Prince was musically. You could see it everywhere. He was just everywhere. He didn’t have to perform, you could see his influence of musical style and fashion on Lady Gaga, Adam Levine, Robin Thicke, Lenny Kravitz, Justin Timberlake, they’re all Prince-like.

He was also a respected fashion icon. The flamboyant strange look. He was a very flamboyant fashionista. But I think Prince was really more about sexuality. He was a sex symbol. He taught us how to express ourselves sexually. He was the guy who taught us how to do that. He was pretty controversial back then, in fact he still is now.

My brother remarked a few days ago that it’s good that people were not asking about how he died. Most artists who die, people would always ask, “Why did he die!? Did he die of an overdose”, or something. I don’t know, I haven’t read the story of how Prince died. But I think the more important part here is it’s how people are talking about how he lived and about his music. He was a really great influence on many artists on a great many levels.

He was really a musical genius, He could play like fifty musical instruments. It’s unheard of these days. Even in the past few years of his career, he still came out with stuff. It wasn’t pop fillers, it wasn’t one of those songs you would hear on the charts, but it was good. It was still Prince, undeniably Prince.