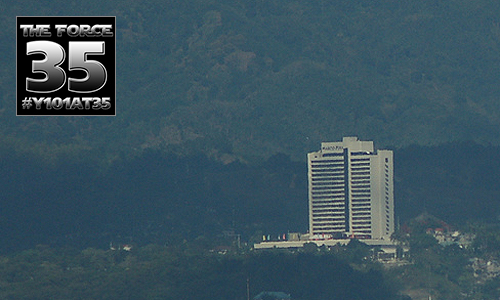 Let’s go to the past and know about Y101FM’s roots in this trip down memory lane.

Thanks to John M, Mike Solo and Charito’ informations, I was able to arrange a mini timeline.

This time, Y101FM started to walk. This was when Y101FM established its roots. Y101FM was the only radio that had a CHR format. Since the other radio stations just played love songs, Y101 made its stand and was adamant on playing good music as it is today. Y101FM’s station was located at Danaque Building in front of Cebu Doctor’s Hospital.

Y101FM has established permanence on air and ruled the 80’s. According to John M, “If it was happening, it’s happening with Y101” – meaning all the latest trends, concerts and gadgets were with Y101. DJs were also known to have high caliber status compared to others. Since the “big radio voice” was the common style of speaking on air, Y101FM’s DJs spoke the way they wanted to and that’s still happening until now. By 1985, Y101FM began using Compact Discs (Phillips). Y101FM’s station was located at Cebu Plaza low rise but then transferred to the high rise.

This was the time when Y101FM was getting set for bigger things to come. At this time, the internet was at its early stages. People began using e-mail and social media. Windows XP was the ‘it’ thing; when you had a windows XP, you were automatically popular. Y101FM’s station was located at Ayala Centre.

DJs became gamers since all the great games came out. Nintendo Entertainment System (NES) players became PC gamers because the games were that good. John M recalls Max Pain and Counter Strike as a favourite. Y101 expanded and got involved with high profile sports like golf (Corporate Cup), did house parties, and basically everything that we are experiencing now.

So experience the best from past to present.  Experience Y101FM, always first.