The Story Behind ‘The Candyman’: From Willy Wonka, to M&M’s, to Aloe Blacc & Zedd 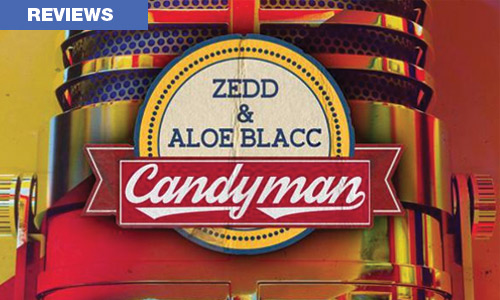 Who can mix things with love and make the world tastes good? The candyman can!

This week at Y101, the rhythm crew has been constantly playing Zedd and Aloe Blacc’s new single called Candyman. The first time I heard the electronic track, I immediately recognized the satisfying and delicious sample. So here’s a timeline of how The Candy Man was introduced into the world in 1971 and continued to spread his love and sweets well into 2016.

The first time everyone heard of the Candy Man was in 1971 through the magical movie musical Willy Wonka & The Chocolate Factory. The opening song of the movie was ‘The Candy Man’ sung by Aubrey Woods who played Bill, the Candy Shop owner in the film. His character sung to the kids about the wonderful Candy Man whom we would later find out was Gene Wilder’s Willy Wonka character.

The song The Candy Man was written by Leslie Bricusse and Anthony Newley specifically for the film. Willy Wonka & The Chocolate Factory is a movie about an eccentric candy maker who opened a tour to his factory to only 5 kids who were lucky enough to find a golden ticket in one of the chocolate bars he sold.

The film was based on the book Charlie and the Chocolate Factory (1964) written by Roald Dahl. The 1971 film adaptation introduced another hit called Pure Imagination (sung by Gene Wilder in the movie), but it was The Candy Man that caught the attention of everyone. Probably because of its childlike wonder it provokes.

The song is best known through Sammy Davis, Jr.'s version. Though he admitted to hating the song, finding it too sentimental and corny, it became his only number-one hit, spending three weeks at the top of the Billboard Hot 100 chart starting June 10, 1972.

In the 1980s the tune was adapted as a commercial jingle ("The Sunshine Baker Man", sung by Davis) for Sunshine Biscuits.

In 2014, Sammy Davis Jr.'s lead vocals from the original 1972 recording were sampled to create a "virtual duet" with singer Barry Manilow, which appeared on Manilow's album My Dream Duets.

In February 2016 M&M Mars used the song from time to time as a jingle for "The M&M's Man". EDM artist Zedd later released his single "Candyman", which samples the original song, to commemorate the 75th anniversary of M&M's candy. The video above is an M&M ad featuring the song and Red and Yellow trying to remix the "M&M's Man" jingle with help from Zedd and Aloe Blacc.