The Buzz Behind Britney's Make Me 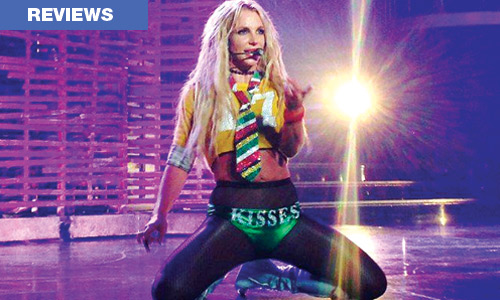 Here's the scoop and a review of the pop queen's all-new music video!

Britney fans- rejoice! Our ultimate pop queen is back and it looks like she's back to her old self and looking better than ever. I can't help but notice and admire Brit for maintaining her signature poise with light layered outfits and fedora hats because it won't be Britney without Britney holding onto her head as she tilts it downwards.

She's out to release her 9th album Glory and her latest hit Make Me was released right after she dropped another track titled Private Show. With a track also called Clumsy, Spears has released three songs to date in promoting her upcoming album release.

To start, Make Me was directed by Randee St. Nicholas and is apparently the song's second version of the music video as another version directed by David LaChapelle was filmed last June. This music video is said to be a more toned-down version than the first and offers a fictitious audition process to cast Spears' co-star in her Make Me Video. Aside from the most attractive men trying to win Brit over behind the camera, we can see Britney dance in between shots that takes us back to Toxic or a bit of Pussy Cat Dolls' Buttons.

Personally, the song is mellow, lighthearted and easy to love- which is why I think twerking off to the song is not exactly fit for the theme. The original by LaChapelle was said to be too provocative so the song could do without sexual clips. But from a marketing standpoint, we're talking about Britney and sex always sells (or rakes in views).

According to an article by Rolling Stone, Spears fans have already started a petition demanding that the singer's label RCA release the original Dave LaChapelle-directed Make Me video which leaked in low-quality form in early July, was withdrawn by RCA, which stated the video "is not a suitable representation of the song."

On the bright side however, Britney's pretty happy and optimistic with her upcoming release. In an interview she shares, "It's cool, it's really different. I think this is probably the most hip-hop album. Not most – there are like two or three songs that go in the direction of more urban that I've wanted to do for a long time now, and I just haven't really done that... It's a really good record, and I'm very, very proud of it."

So what are your thoughts?