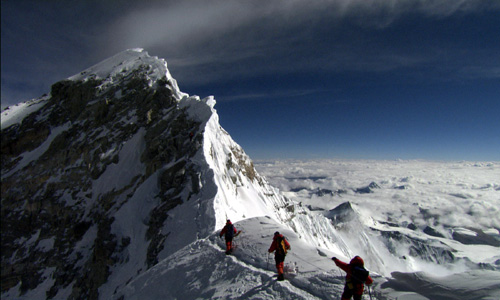 The main star of this film is of course the world’s highest peak, the Mt. Everest.

The story tells about what happened atop that mountain on the fateful days of May 10-11 1996, resulting in the highest number of casualties Everest had seen in one day till then, is clear that the overcoming Everest is about endurance above all else. Everest throws everything the way of the climbers, from storms and avalanches to treacherous ice falls and mind games, and by the time you get up there, it is time to come down.

Everest is a great movie that I would suggest everyone to watch. There are lots of scenes of peril, such as the one where a guy nearly falls off a ladder and starts yelling at the guy who saved him. The characters are good role models since they persevere through the difficulties. The story of Everest is also good and have a lot of teachings since it imparts about perseverance, to take risks, and not to be too ambitious.