Mötley Crüe is back together and going on tour 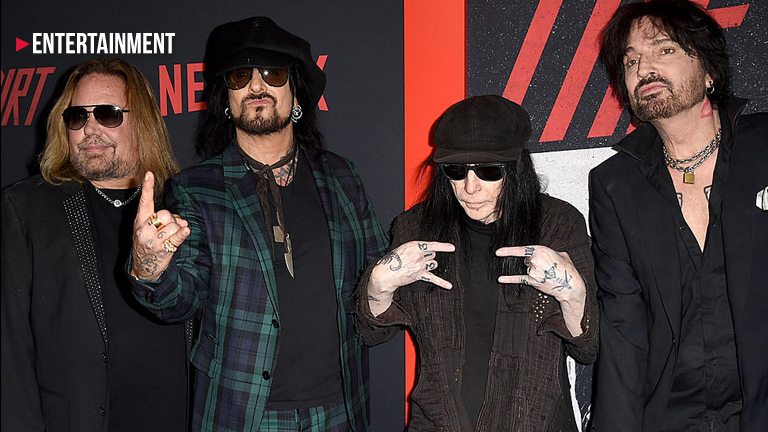 Mötley Crüe is back together. The band has officially confirmed they are getting back together after what was supposed to be their final show on New Year's Eve in 2015.

In a statement posted on the group's website, they said that due to the success of "The Dirt," the band biopic starring Machine Gun Kelly, they decided to give it another go.

In 2014, the band signed a "cessation of touring agreement" and stopped touring together. Members Vince Neil, Nikki Sixx, Mick Mars and Tommy Lee had been together for 35 years, then broke up and stopped speaking to each other.

Kelly, who played Tommy Lee in "The Dirt," said in a statement that, since the band's breakup, "Mötley Crüe became more popular than ever, gaining an entirely new legion of fans, who, along with diehard Crüeheads, demanded the band tear up that stupid contract and come out of retirement. They knew that if they were ever to stand onstage together again, that contract would have to be destroyed. Well, destruction has never been an issue for Mötley Crüe."