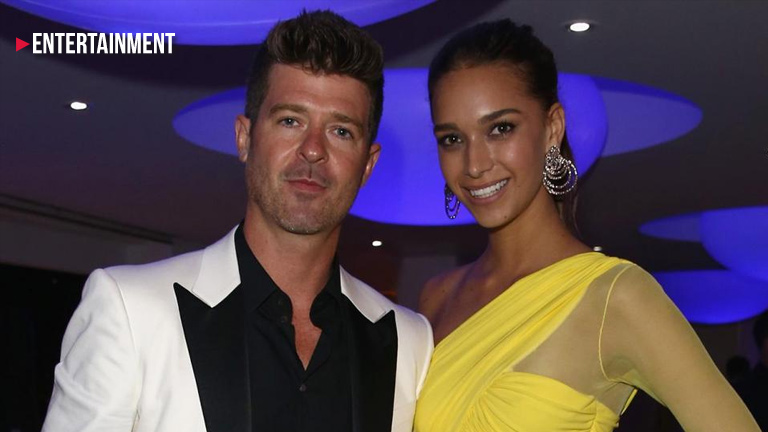 Singer Robin Thicke and fiancée April Love Geary were involved in a two-car crash on a Malibu highway last Saturday.

Geary, 24, was driving and escalade along the Pacific Coast Highway with Thicke, 42, as a passenger, when their vehicle reportedly collided with another car near Zuma beach.

No one in either car suffered major injuries and no one was transported to the hospital. In a video taken by a witness, Thicke can be seen picking up pieces of his car off the road and can be later seen directing traffic as his damaged vehicle pulls away.

Thicke and Geary announced their engagement in December after three and a half years of dating. They share two daughters together, Mia Love and Lola Alain.

Thicke will soon return as a celebrity judge on Fox’s The Masked Singer on the premiere of its second season on September 25. The singer joins fellow judge Ken Jeong, Jenny McCarthy and Nicole Scherzinger with host, Nick Cannon.