Conservation Is Not A Business

Conservation is a duty for us all to protect and conserve the creation of the only common home we have.

This does not seem to be what many so-called environmentalists are doing.

Many do it for the money and worse, many do it with donor funding from known polluters.

Polluters are people who log our forest and corporations that mine and rape our mountains
and pollute our oceans. 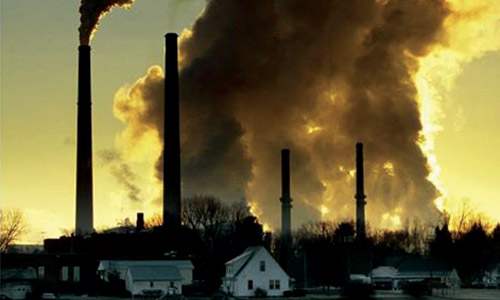 The UNFCCC has failed in combating climate change. Yes, after years and
years of negotiating for a binding agreement thru the Conference of Parties (COP 21), no accord
that came up ever had teeth. All words. Nothing!

Sad, because there are many who continue to fight climate change despite all odds. They never give up. For them, it is a matter of LIFE and DEATH of their tribe, people and planet. They fight avoid what could be the end of their civilization, as we know it.

Time is running out fast. Carbon dioxide continues to increase. And the Arctic ice and glaciers continue to melt faster than expected.

For the Inuit's and the indigenous peoples, they are not doing it for money.

In this day and age they have not even been recognized collectively as a people.

Imagine our Lumads and many Muslim tribes in Mindanao. Imagine the Maranaos, the Tausugs
and the Badjaos. They have managed their resources well. They know their boundaries. Their lives and lifestyle do not contradict with nature. They may be living primitively in the eyes of the modern-day world, yet they are at peace.

With the coming of big businesses triggered by greed, the indigenous tribes suffer as the greedy profiteers and polluters continue to destroy their land.

The tribes in the Cordilleras have managed to gain global recognition for protecting their resources and culture. Yet, they are being attacked as well by the new destructive ways.

I never really believed in this 'Sustainable Development' the name they coined to depict continual progress but really never got off the ground. Overdevelopment has overtaken the sustainability.

Just look at Metro Manila, specifically EDSA and as far as Boracay, to name a few.

These are overdeveloped beyond sustainability and there is no stopping it. The lack of political will reigns.

How we wish that many will learn from these sad stories and really go for sustainable use.

To harvest only what we need. To enhance our forest and our oceans. The time for overfishing our oceans has come.

We are in short supply and yes, our oceans are dying of acidification and our coral reefs are bleaching due to climate change.

Our seas are warming and only we can stop this carnage. Our water and our air are polluted.

The World Health Organization (WHO) recently reported that air pollution is killing millions. We do not want to belong to those statistics, do we?

We all must combat climate change and put the polluters who commit crimes against humanity to justice.

Incidentally, we have not heard any pronouncements about the environment from our candidates running for office, have we? Who will impose the ban on logging? Who will change the destructive development model? Who will eradicate poverty and fight for our Spratly islands?

During the recent Academy Awards or more known as the Oscar Awards, Best Actor Leonardo DiCaprio gained worldwide raves not only because he finally received the said award previously elusive to him. What moved the world was his speech upon receiving the award. DiCaprio spoke entirely about the effects of climate change being real and calling on all especially the greedy corporations to get out of fossil fuels and combat climate change.

The world leaders must heed this call and those of many others.

Climate change is an 'Inconvenient Truth' as termed by former US Vice-President Al Gore (who will be arriving in the country this March).

We must fight climate change.

If the leaders continue fence-sitting, blabbering words in the wind, then the people will act.

We must fight this war and win.

No more excuses. Conservation is not game nor a business. It is a way of life.