THE END OF THE LINE IS NEARING 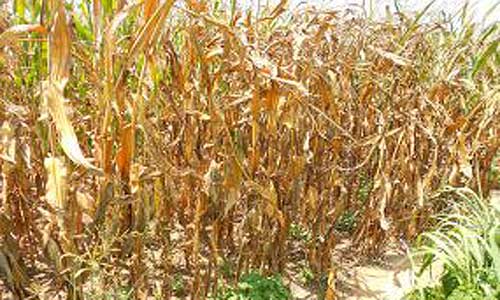 THIS journey begins in Manila where our country and people are victims of the extreme heat that the summer has scourged upon us.

The temperatures reached as high as 42 degrees Celsius. Too high for this time of the year.

Our crops and rivers are drying up and yes water is a concern that everyone needs to address. The shortage of water and food will affect our people and our biodiversity.

Despite all the climatic manifestations that we have suffered -- Specifically super typhoon Yolanda -- there seems to be no real action to protect the environment.

Still the UNFCCC COP 21 this year in Paris and the delegations attending are still bent on CDM: Carbon Development Mechanisms and REDD. Trading carbon has us all worrying as there appears more concern in funding rather than mitigation and reducing greenhouse gases.

Already, atmospheric carbon dioxide has breached the 400 pppm level and is rising exponentially.

Our carbon sinks that sequester the carbon dioxide in the forests and the oceans are being cut and polluted.

Our oceans are victims of acidification and the number of dead zones has increased. Gyres have increased as well holding all the plastic and waste in almost all our oceans from the Pacific ocean to the Atlantic and the Indian ocean to the many others.

Mind you, these are dead zones and are spreading fast.

Leaving Manila for San Francisco, California, we were welcomed by a prolonged drought. It is said the California may run out of water in two years.

Already a State Law has been passed to reduce the consumption of water by 25 percent in a State that produces most of the agricultural produce in the world.

From Citrus to Almonds and cattle. California feeds America. If it were a country, it would have a GDP-Gross Domestic Product higher than most developed countries in the world. She will be the 4th largest economy and yes, this is only one state.

We were surprised when we were not served water in a restaurant! If you don’t ask for water, you will not be served.

Ten percent of California’s water is used for the production of Almonds. Imagine that?

Moving on, we went to Denver, Colorado -- that mile high city and home of the rocky mountains. Even there, strange weather was occurring. Heat one day and snow the next. It snowed in Denver for three days and then stopped. The flight was to my surprise fully booked as the snow delayed and cancelled many flights.

Typhoon Ana was slamming the Carolinas at the same time. Storms have been coming early this year. May is a spring month and not a period of storms?

Flying to Boston was the same story. The weather was fickle with the swings of heat and cold the variances are bigger and more pronounced.

The war for climate change has been waged 21 COP years ago and more voices have added to the fight to win the war on climate change. Recall: The million people march in New York and most cities. The pronouncements by President Obama and the Chinese. Pope Francis visit to Manila and Tacloban sent a strong message to the world. French President Holland visited Manila as well sent the message to the COP in Paris this year.

But uncontrolled development goes on unabated. California suffers from a drought and an oil spill. The central states have more severe hurricanes.

The planet is being destroyed by Man and the greed of the extractive industries.

Mind you: we are in the tipping point. Time is running out. Species still undiscovered are going extinct and one day may be too late to even harbor humankind.

For God’s sake, let’s stop the talking. Let’s win the war against climate change by action and not words.

The end of the line is nearing.