THE FISH ARE GONE 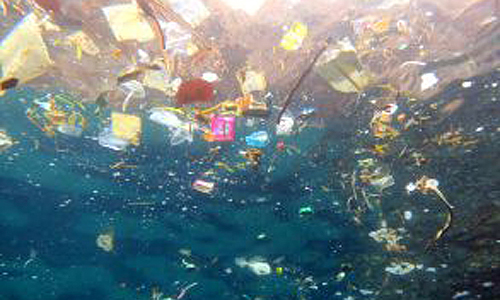 It was great to go home to the ocean once again. We couldn’t be away too long from the place that taught us the value of the marine environment.

In school we were taught, not about the environment and the importance of conservation, but how to make money. Economics and finance ruled the educational world.

We looked forward to go diving again in Anilao in Mabini, Batangas, near the center of the Coral Triangle. It would be like coming home, for we have been diving there for nearly 40 years. We have gone camping there, island-hopping, sleeping on the beach, cooking our food, fishing only what we could consume. But we found that it has changed into a place where ecotourism has gone beyond the goal of sustainability.

In diving places, there must be strict ecotourism guidelines to protect and enhance coral growth and environmental education.

Our dive in April was not as good as it used to be. To our surprise, gone were the jacks and the snappers. It seemed that they had all been caught, sold and eaten. No coral crevice harbored any red snapper (lapu-lapu). Gone were the cone shells and cowries, the turtles, the schools of dolphins…
Imagine our shock. The reefs looked like they had been hit by humans, blasted and torn by anchors and, yes, divers.

We were in an area taking photos and, all of a sudden, all the fish swam away. We looked around and saw a squad of scuba divers in battle formation. The fish seemed to be on the defensive. The clown fish would actually hit one’s mask and bite one’s gloves. The fish had developed a fear of divers, unlike the olden days when they would even pose for you. After all, it was their “city” and their home.

To think that this is a protected area. Our invitation to visitors to come to our rich and adored land—“It’s more fun in the Philippines”—can be a boon or a bane. Uncontrolled tourism, one without rules and guidelines, can be disastrous.

We were saddened, but our resolve was strengthened.

We are a country so rich in resources. Our biodiversity is, or once was, pristine. We are in the center of the Coral Triangle. We can feed our people with our richness. We have a coastline longer than that of the continental United States.

In January Pope Francis came and visited Tacloban and Palo in Leyte, where the issue was Supertyphoon “Yolanda.” The message was climate change and in focus were the people who destroy God’s creation. His Holiness was greeted with love and affection by millions of people in Manila and Leyte.

His message went out loud and clear to the largest Catholic country in Asia.

In February French President François Hollande came to visit and to drum up commitment for the climate change conference in Paris this December.

The goal is to make the 195 members of the Conference of the Parties to reduce greenhouse gases and to restore carbon dioxide emissions to the 350 ppm needed to sustain life.

Oceans and forests are carbon sinks. They sequester the carbon dioxide that has breached 402 ppm. Global warming and climate change are the threats to Planet Earth.

We have advocated conservation for the last 40 years, to no avail. Today the world has awakened and we want climate justice. Let’s face it: The development model has failed us all.

We want a world where we can live in peace and with sufficient food, water, shelter and good air for all. We want an end to poverty, corruption—and environmental destruction. And we want it now.