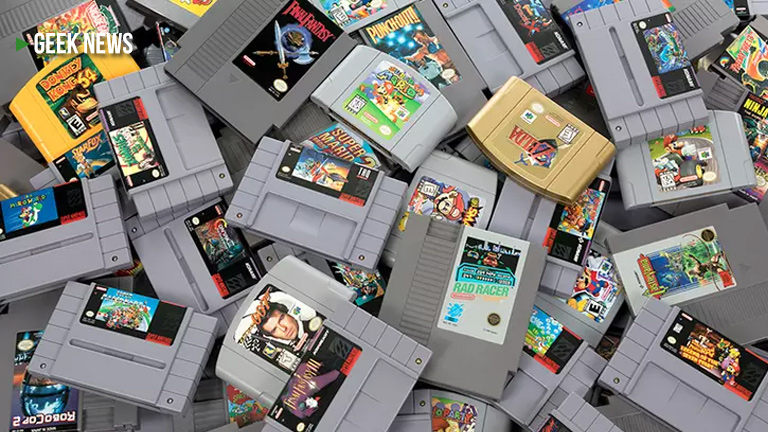 Earlier this week, a guy walked into a Seattle video game store with a sack full of original Nintendo (NES) cartridges. Among the traded in collection was the prize given out to participants of the 1990 Nintendo World Championship – a cartridge with demo versions of several Nintendo games it, including Rad Racer, Super Mario Bros and Tetris. Only a few hundred Nintendo World Championships 1990 are believed to have ever been produced.

Just traded in! Not joking pic.twitter.com/OBSfhiXIJN

Pink Gorilla video shop co-owners Cody Spencer and Kelsey Lewin had to verify the game’s internal chips to check its age and history. The seller apparently had no idea that the cartridge was so valuable and only told them he was a collector.

IGN.com got more to the story from the store’s owner, Cody Spencer, who explained:

“The guy came in not knowing at all what the cartridge was worth. He was pretty blown away with the offer. I made sure to explain to him what the item typically sells for and what we would offer him and why… The seller had no idea what it was nor where he got it. It sounds like he collected NES games a little bit when collecting NES games had yet to grow in popularity.”

Pink Gorilla has already found a buyer within 24 hours of acquiring the cartridge. It is reported that the cartridge re-sale could be upwards of $25,000.