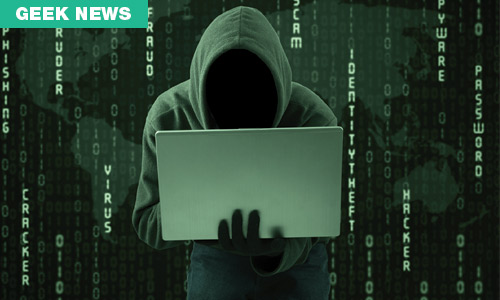 Hollywood movies have always exaggerated how hackers can easily hack anything. We find out through movies that we can aim a sniper rifle just by using the wifi or we can hijack a plane just by using a laptop.  But in reality, those situations actually happened, making that Hollywood “everything is hackable” trope less dumb and more frightening.

Here are computer hacks you didn’t realize were alarmingly possible in real life!

It may look like a work of science fiction, but surgery robots are a real thing. A neat little invention that signifies we’re living in the future. It’s  also a great investment for someday when human doctors aren’t capable to dig through your body anymore. Surgery bots exist to help aid doctors in operating their patients keeping their work efficient and more accurate. Surgeons can't always, you know be where a necessary surgery is needed. So with the help of the bots and a remote control, they can tinker with your innards from thousands of miles away. The first such procedure took place in 2001 when a surgeon in New York removed a gall bladder from a patient in France. But like all sensitive ideally life-saving technology, there’s always a life-threatening side to it.

Researchers led by Tamara Bonaci at the University of Washington demonstrated that, with some fairly simple remote hijacking, they could make a Raven II surgical robot’s arm twitch like crazy. They could also easily take total control of the robot using their knowledge of the Interoperable Telesurgery Protocol, the specs of which are freely available online. Bonaci’s team also discovered that the robot’s video feed can also be publicly accessible. This means that a hacker you pissed off can easily mess around your brain surgery from miles away!

It turns out, you can hack and decide what to display on an electronic billboard just by cracking the default login using your laptop. And when you break in, you can finally brighten up someone’s evening commute.

Ever heard of TrackingPoint? It is a computerized sniper rifle where you can get precise control in aiming and distance. Each rifle in TrackingPoint's Linux-powered lineup comes equipped with a hi-tech scope that is mathematically complex. According to their website, their computer technology “helps shooters of any skill level shoot better than the best shooters who ever lived".

That right there is already a dangerous idea. So inevitably, security researchers spent a year hacking into a pair of TrackingPoint $13,000 computerized self-aiming rifles just to see what they could make them do. After compromising the rifle via its Wi-Fi connection, the researchers were able to fiddle with the rifle’s system and was able to re-aim the rifle wherever they pleased.

In one demonstration, they caused the rifle to miss an intended target by more than two feet by simply adjusting the ammunition's weight value!