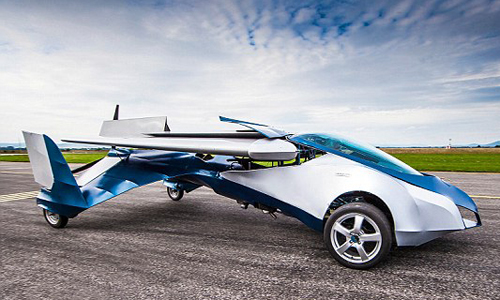 All our complaints regarding the traffic seem endless.

There have been a lot of solutions imposed for road congestion; widening of roads, changing of routes and etc, are just a few. We think it's helping the problem, but actually, it's only helping a tiny bit. You know what I think? I think scientists should start inventing flying cars. I think it would help in decreasing the traffic rate, but I am also sure in the long run, chaos would occur and we’ll have to deal with air traffic. As for now, however, let us dream of seeing cars fly. A couple of Ford Anglias wouldn’t be so bad, would it? Especially if it’s in turquoise.

A lot of scientists say that cars in the future will acquire the ability to mimic that of an air transport. I’m not saying that it’s entirely impossible, but that would surely take a while to make it become a reality. I'm not sure how much money you would have to spend to own one. I mean gas price right now is already pricey. What more if cars flew; it would obviously drink up hundreds of liters in one gulp.