Since we’re in Southeast Asia, why don’t we try some snake wine! 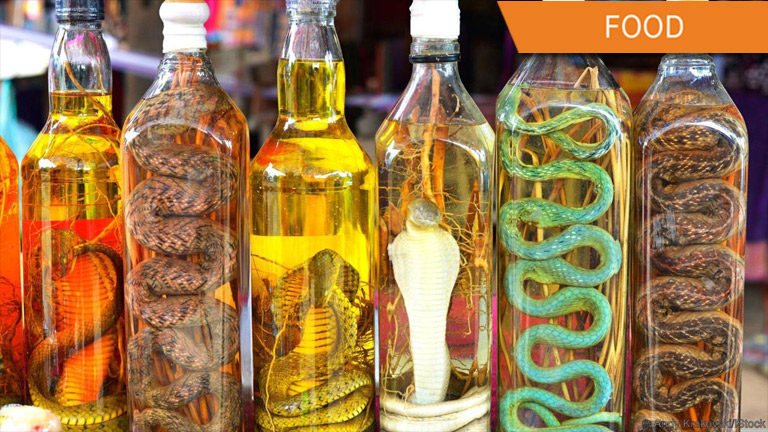 Did you know that snake wines can be used to cure for farsightedness and baldness?

Often called as “the wine that comes with added bite”, snake wines are a fairly popular drink in most Southeast Asian countries. Whole snakes are infused in rice wine or grain alcohol. And you can purchase a bottle of it when you visit countries like Vietnam and even China.

Snakes are widely believed to possess medicinal qualities and the wine is often advertised to cure everything from farsightedness to hair loss, as well as to increase sexual performance.

In Vietnam, snake wine is widely believed to to improve someone’s health and virility. A similar drink is made with geckos, lizards, scorpions, or sea horses rather than snakes.

Snake wine, due to its high alcohol percentage, is traditionally drunk in shot glasses. Braver drinkers may eat certain parts of the snake, such as the gall bladder, eyeballs and the stomach.

Are you brave enough to drink this? Tell us in the comments below.