Bugs & Insects You Can Eat as Suggested by the U.N. 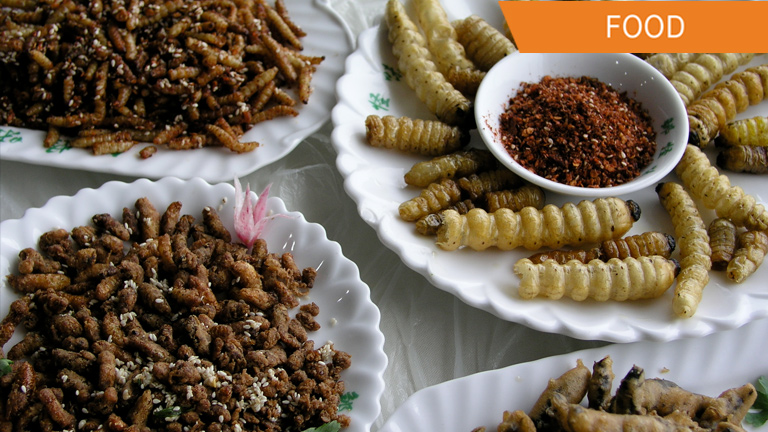 There are over a thousand edible insects, hundreds of which are part of the diet in many countries.

Pan-roasted red ants are a delicacy in Mexico. A dish of sautéed worms are one too across Southern Africa. Over two billion people eat insects routinely but people who haven't tried eating them yet feel squeamish just thinking about it.

A report from the U.N. Food and Agriculture Organization reminds us that insects are packed with protein, fiber, good fats, and vital minerals—as much or more than many other food sources.

Here are bugs and insects they suggest we eat.

A battle over dung has never been so compelling to me...or epic. Cue the Gladiator soundtrack. #dungbeetle

The most commonly eaten beetles are the long-horned, june, dung, and rhinoceros varieties. These are munched by people living in the Amazon basin, parts of Africa, and other heavily forested regions. Some people would roast them over coals and eat them like popcorn.Beetles also have more protein than most other insects.

These pretty winged insects are delicious especially during their larval and pupal stages. According to the people who eat them, butterflies and moths are succulent and full of protein and iron. They're very popular in African countries, and are an excellent supplement for children and pregnant women who may be deficient in these nutrients.

We love bees for their honey, but they also have more to give. Some people in Asia, Africa, Australia, South America, and Mexico commonly eat these insects when they are in their immature stages. Stingless bees are most commonly munched. Bee brood (bees still in egg) taste like peanuts or almonds. Wasps, some say, have a pine-nutty flavor.

Not as popular as some of the others, these insects—including edible termites and, yes, lice—still have a place at some tables. Flies that develop on various types of cheese take on the flavor of their host, and the species from water habitats may taste like duck or fish.

Have you ever tried eating insects? Tell us how they taste like in the comment section below!