How ‘Jiggy’ Got His Name 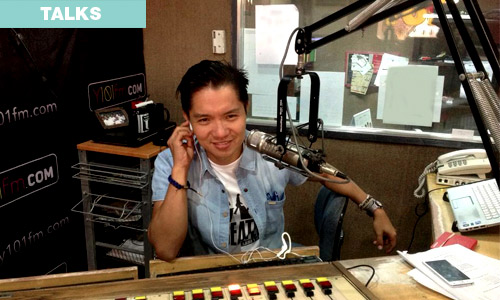 This jock has been called Jiggy for 25 years now after having only briefly been known as "Ray, the parrot of the airwaves”

We’ve already discussed in my article with Icky about how radio DJ’s get their names. it’s usually up to the stations to give their talents a cool and memorable screen name behind the mic, and sometimes the talent's name themselves, especially if they’ve already established a great one.

In Jiggy’s case, it was both. When our favorite morning jock started out in the early 90s, a rock radio station gave him the monicker “Ray, the parrot of the airwaves”. It was because Jiggy’s real name is Raymond, and that because he talks a lot. That was his thing even back then.

When Ray joined the Rhythm Crew in ’98, the family welcomed him and John M christened him the name Jiggy Jr. That of course originated from Will Smith’s Grammy-award winning rap hit Gettin’ Jiggy wit It.

“I got my name when Will Smith’s song was big. I sort of feel like I embody not only the name of the song but also the feeling of it. You know, being “Jiggy”, it just sounds so positive and lively”.

I asked the former “Ray Parrot” what he thinks the word Jiggy means, to which he answered, “Jiggy means feeling alive! And that’s my job. To make people feel alive every morning.”

However, Jiggy Jr admitted that names aren’t really a big deal for him. “I don’t really like to overthink on names. It can be difficult at times to live up to a restrictive name and model your attitude towards the name you’re entitled with. If you’re given a name like “Jack the Wack”, then you have to live up to the name and be wacky. But you can’t stay wacky for too long, you know. So for me, at the end of the day, it’s really still about the person behind the name”.

Join Jiggy Jr every morning 6am to 10am on his radio show Jiggy in the Morning! Only here at the rhythm of the city, Y101, Always First. All hits, all the time!