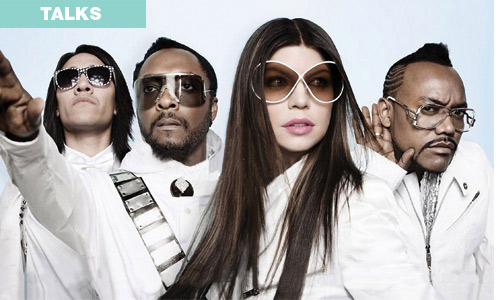 “It’s a great message about peace.” - Chad the Stud

Back in 2003, the Black Eyed Peas impacted the world when they released their cry for peace song, ‘Where is the Love?’. The Grammy-nominated song came out at a time when the world was suffering from political and social unrest.

13 years later, people are still asking the same question, “where is the love?”. It’s 2016 and the question is probably more relevant than ever.

A post-9/11 landscape had inspired them to write the original, but The Black Eyed Peas have reimagined their most beloved single at what feels like another critical moment in our history when for the past few months we’ve experienced more terrorism, gun violence and hate. ‘Where is the Love’’s message hasn’t changed: With a lush but minimalist arrangement, this star-studded update is a timely reminder that love transcends hate. All proceeds from each sale of the single will be donated to the i.am.angel Foundation.

Chad the Stud debuted the song during his show Midday Vibes on 1 September 2016 and called it a “magnificent song about peace and love”.

Check out the song here:

Check out Chad the Stud every Mondays to Fridays during the Midday Vibes every 10am to 2pm. Only here at the rhythm of the city, Y101, Always First.