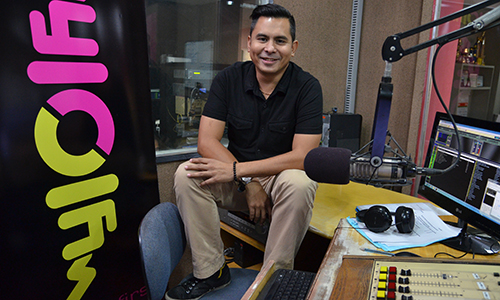 During the 80’s, according to Chad, most of the music had a lot of meaning. I can nod my head with this because music today has almost no meaning except partying, sex, drugs and feeling good and all nonsense. I can see the evolution even in just 2 years, music has awfully changed. Just a repetition of some words and there you go. The 80’s just had so much talent, meaningfulness and rawness compared to what we have now.

Another reason for Chad liking the 80’s is because it is his childhood and grew up and let’s say, experienced life as a discovery during that time.

His favourite movies or shows? SWAT, 60 Million Dollar man, and yes THE WACKY RACERS! Chad is a child at heart and he says that there should always be a kid in our heart.

I bet Chad is up for some marathon of Hanna Barbera cartoons!