What Sinulog is for Carlow 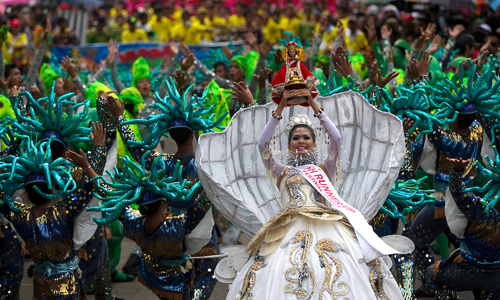 Carlow thinks that the Sinulog festival is one of the reasons why we are all proud to be Cebuanos. It is a tradition to tell all of our relatives or friends who are abroad our out of Cebu to come and join us for the grand festival. Carlow shares that telling new friends about Sinulog is also common. We often mention the Sinulog festival to people we just met, especially foreigners.

Each person celebrates differently. Some would prefer to stay at home, some would like to stay in a corner and drink or view the parade. Carlow said that he celebrates it by walking a lot which I find rather, healthy. Carlow elaborates that most of the roads are blocked during the parade so if you really want to go around looking at the dancers and the floats,  finding a place to eat , or meeting up with friends; you have to walk.