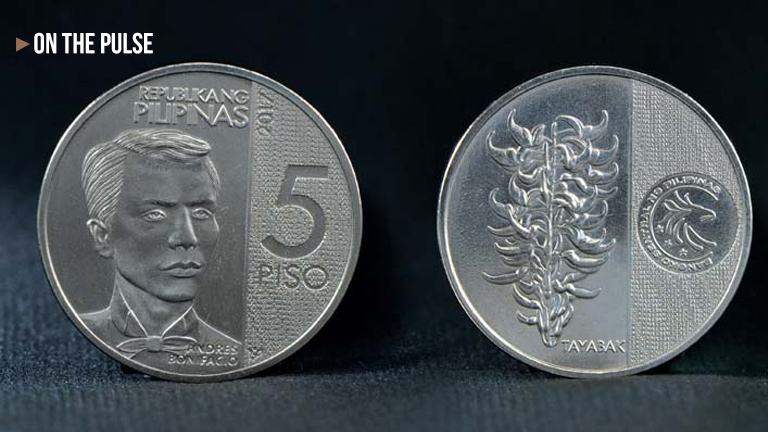 Have you taken a good look at the new five-peso coins since they were released into public circulation on March 26, 2018? Have you noticed that, while it was once the first Philippine President Emilio Aguinaldo’s face engraved on the coin, now it is revolutionary leader Andres Bonifacio’s?

While the Bangko Sentral ng Pilipinas claims that there was no hidden reason in their replacement of Aguinaldo with Bonifacio, one might wonder if there are alternative justifications for such decision. After all, former President Aguinaldo has once again become a figure of controversy since the showing of the movie Heneral Luna, a biopic about the seasoned, hotheaded, expletive-spewing general, which portrayed the republic’s first president as a traitor who had Luna assassinated.

According to Filipino historian Xiao Chua, there isn’t enough support to such allegation that Aguinaldo had his fellow general killed. Chua, however, does not doubt that the president was responsible for the assassination of another revolutionary, Andres Bonifacio, whose face has now replaced his on the topical denomination. He cites the letter written by Aguinaldo himself wherein the latter admits to ordering Bonifacio’s killing in fear of the threat he posed to the government then.

Whereas Aguinaldo’s image can no longer be found anywhere on the new-generation five-peso coins, the Bangko Sentral ng Pilipinas defends that they have only moved Aguinaldo to the five-hundred-peso bill, where his likeness is printed on the background of another former president, Diosdado Macapagal, House Speaker Gloria Macapagal Arroyo’s late father, where he can be found iconically declaring Philippine independence on this day in 1898. The agency further explained that their rationale for the replacement was nothing significantly more than that the new generation of bank notes was released around the 154th anniversary of Bonifacio's birth and the 120th anniversary of his death.

It is important to revisit and learn our history, as we celebrate our proud nation’s 121st Independence Day today.