Rappler’s Maria Ressa, and other journalists, named as TIME Person of the Year 2018 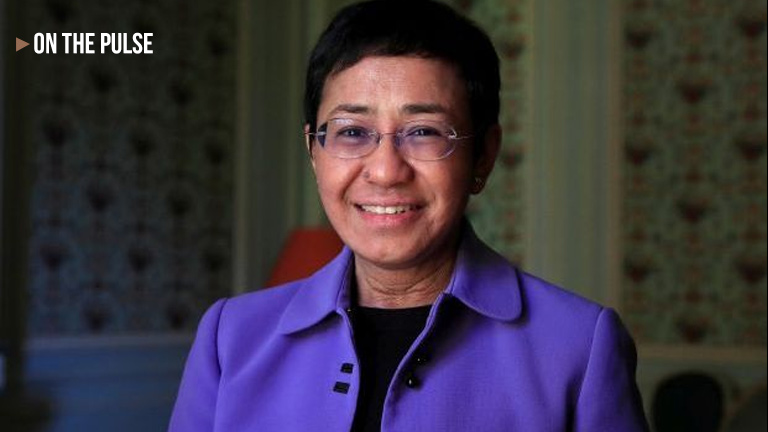 Every year since 1927, TIME magazine features a person, group or even ideas and objects that “for better or for worse, has done the most influence of the events of the year”. Last year it was “The Silence Breakers” who were chosen, or the people who spoke out against sexual abuse and harassment. In 1986, Philippine President Corazon Aquino was dubbed TIME “Woman of the Year” after her prominent role in the People Power Revolution. This year, another Filipina, Rappler’s Maria Ressa, gets the recognition as part of the “Guardians and the War on Truth”, or journalists who faced persecution, arrest, or murder for their reporting.

Maria Ressa is the founder of the online news site Rappler, who has closely investigated President Rodrigo Duterte since his election in 2016. Rappler has been critical of Duterte’s presidency and reported his violent war on drugs that have killed thousands of people. In January of this year, the Duterte government revoked the news site’s license to operate for allegedly violating constitution laws. Rappler was denied accreditation and in November was charged with tax fraud by the government. The charge, which alleged that Ressa failed to file income and value-added tax returns is widely viewed as an attempt to crackdown on the news site’s reporting though the government claims no political motivation for the charges. Maria Ressa faces up to ten years in prison and is scheduled for arraignment in February.

Other journalists featured in the “Guardians and the War on Truth” are Jamal Khashoggi, U.S. based columnist who was murdered for criticizing the Saudi crown prince, Wa Lone and Kyaw Soe Oo, reported arrested in Myanmar for investigating the massacre of Rohingya Muslims, and the Capital Gazette, a newspaper company targeted by a gunman who killed five staff members.