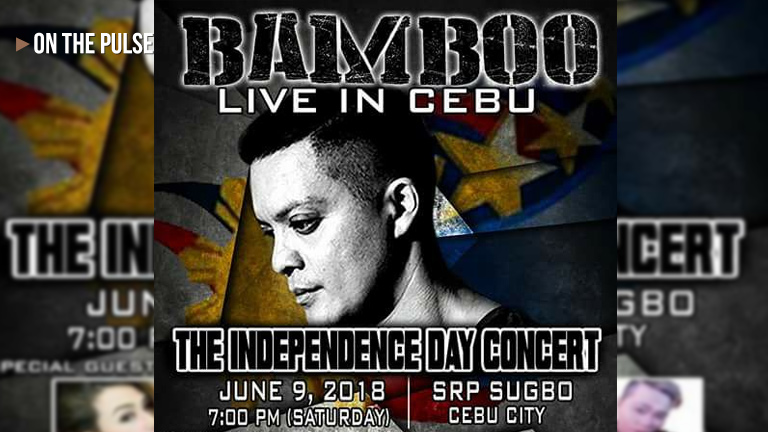 Last week during a press conference held at The Park Social in IT Park, Kim Bautista of Mousai Productions and Events announced that Bamboo Mañalac will be coming to Cebu to headline the Independence Day concert this June 9, 2018 (7:00PM) to be held at the Sugbo Grounds, South Road Properties (or SRP). 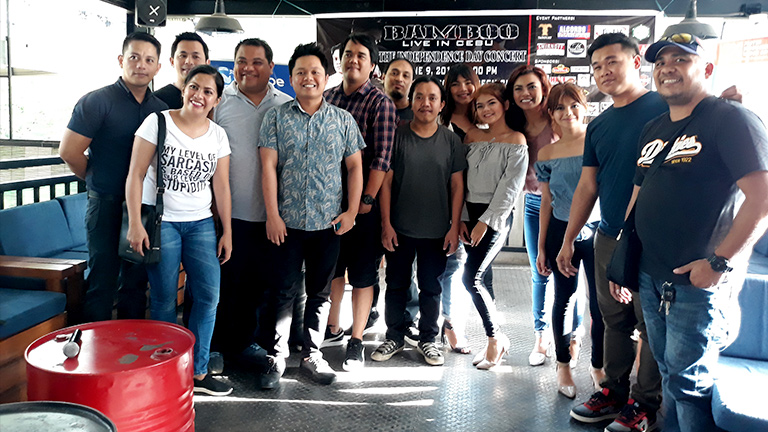 Who will be performing?

Bamboo Mañalac is a popular singer-songwriter who began his music career as the frontman of the 1990’s alternative rock group Rivermaya. Now he fronts his own band, Bamboo and is one of the vocal coaches in the singing competition TV series The Voice Philippines.

According to Kim Bautista, Bamboo is a well-loved musician and has a wide appeal. Bautista said they conducted a survey and asked which musician the people would love to see live in Cebu for the Independence Day concert, and Bamboo was the most popular headline choice.

Bamboo will also be joined by Cebu-based stand-up comedians, Bisrock bands, and actors and actresses. These include Amazing Peanut, Emping, Indephums, Marvin Yap, The Power Trio, Sarah Lopez, Sheila and Sheina, and Tombi.

Where do we get tickets for the concert?

The price for the general admission ticket for the Bamboo-led Independence Day concert is P700. The VIP is priced at P1,500 inclusive of free table and drink. The tickets can be bought at different ticket outlets including Pilar Tuna Grille in A.S. Fortuna, Yo.U Restobar in Mango, the three branches of The Social including The Park Social in IT Park, and in the concierge of Ayala Center Cebu and SM City Cebu.

How do we get to the concert?

The concert will be held at Sugbu Grounds, SRP. A free shuttle ride will be provided for the event. Starting at 4:00PM, a shuttle bus will be parked in Talisay outside Starmall, in downtown Cebu outside La Nueva Supermarket near Cebu City Hall, and at SM City Cebu near BDO.  The ride will return every 30 minutes.

The organizers are expecting about 8,000 people during the concert. Parents are discouraged to bring their children. Attendees aren’t also allowed to bring caps, umbrellas, sharp objects, big belts, medicines, spray cans, bottles, and alcohol and food not purchased inside the premises. A courtesy booth will be provided to keep your belongings safe.